I love this image of a baby hummingbird imagining it will fly somewhere. That must be why I have song lyrics about finding wings and soaring free.

Link to more stories about this song: THE UNKNOWN

The lyrics above are new ones I wrote for a bridge that my latest arrangement carries. The touch I crave (I say this with completely honesty) is the one I feel when I touch other people with my music and stories. 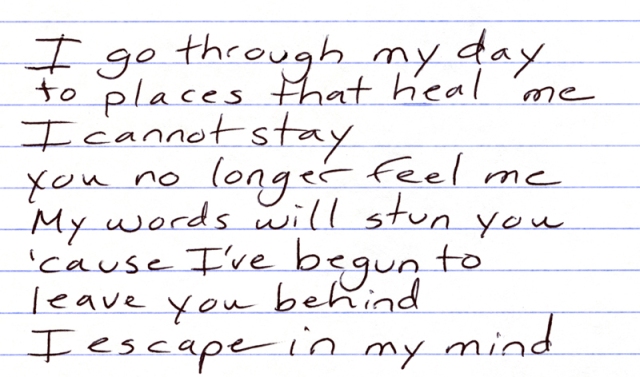 At this time, I can admit that I still go to places that heal me.

“The Unknown” is the song that doomed my marriage of 31 years. When it “erupted” in 2011, I was very distraught because I admitted feelings I had previously denied for years. I kept my song a secret until I found the courage to set myself free. But it took several more songs to prod me forward.

Dreaming helps me to conquer fear. Once upon a time, it seemed like changing my life was insurmountable; the unknown was very scary. I no longer worry about my future. Because at this moment – it’s feeling very beautiful for me!

If anyone is curious to know more about how this song began, I share links below:

#365 THERE WAS NOTHING LEFT

It was afternoon and I was ready to sing. My last few song vocals had come out so well and I was quite proud. It wasn’t because I was such a great singer; it was because I had been “surfing with emotion.” And wiping out.–

That meant I was usually weeping while singing. I was prepared for those moments of uncontrollable tears. The feeling behind them translated well into my vocal performance. There was no holding back for me.

A few days ago, I decided to record new vocals for my song “The Unknown.” I wasn’t sure I could replace the vocal I had. I knew for certain, that I could sing that song much better now. But the emotion was hard to match.

I decided to take a shot at it. It will be a few weeks before I can edit it. But I already know it came out great. I sang my song fourteen times.

Today happens to be the date of my “former wedding anniversary.” It is the first one since my divorce. I want to share something I wrote a year ago on my blog. It is a story about my final anniversary, which was only two weeks before I told my husband I wanted a divorce.– 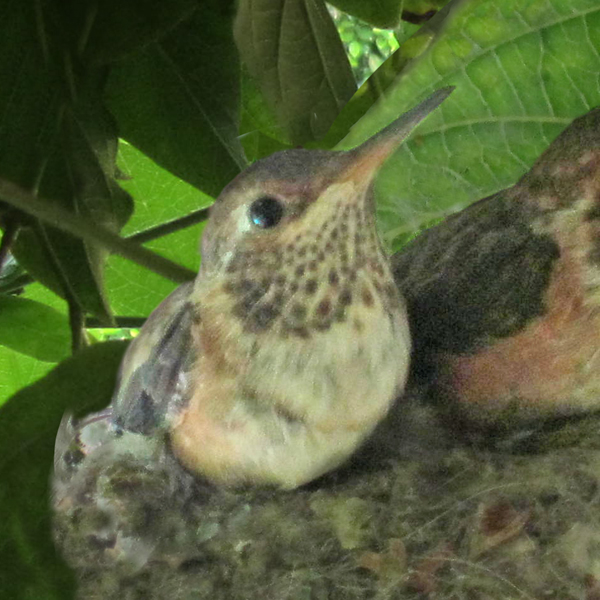 THE DRAGON AND THE LAST ANNIVERSARY

The Princess knew that she could not hold her secret much longer. Like acid, it was burning and pouring out from every part of her body.

Only a week after her father had died, her secret escaped. She tortured herself because she had burdened her own child on top of everything else. Now that her son knew her horrible secret, he pushed her constantly to “get it over with.” He told her she could no longer wait. She replied that she was praying for the right moment. But there would not be one.

That was because she knew the dragon was unprepared and would be wounded beyond description. She wished there were an easier way, but she could not think of any. Over and over she heard her son’s words, “Just do it! Kick the bucket; kick the bucket!”

Every day held torment, especially when she faced the dragon. She hated his presence because he carried tremendous stress with every word he spoke; he made her ill.

She made it a point to avoid him and wondered if he even noticed. For weeks now, they had hardly spoken. Sometimes, she was amazed that he didn’t complain about her absence. He seemed so unhappy with her, but never said a word about it. He projected his anger instead to the many things that were wrong in their castle. Clearly, he felt the Princess had done a poor job disciplining their offspring.

Once upon a time, she had tried so hard to make him happy. But when she found her music, she decided to focus her energy elsewhere. She was relieved to discover her own happiness outside of him and wondered how he lived with so much unhappiness. 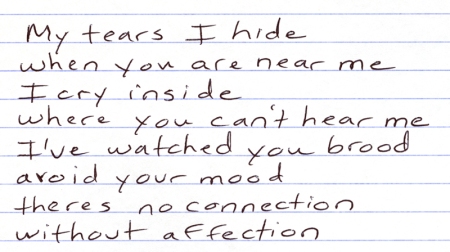 Because they didn’t really have a definite anniversary, there was never a celebration. Long ago, she had complained and occasionally he gave her a card. He would simply sign his name and run out to buy it at the last minute. She even felt badly to trouble him with that obligation.

In the more recent years, she had trouble finding a card to give him. That was because most cards made her sad. She couldn’t find any card with sweet words that were true for her. The truth was their life together was empty.

Soon it would be their 30th anniversary. The Princess suffered greatly as she anticipated it. She decided not to buy a card for him.

When the day was finally over, she was deeply relieved. It had gone by like a silent whisper. Yet it was still louder than deafening thunder in her brain.

It turned out that the dragon never mentioned anything to her; he had not even remembered a card.

In her tortured mind, she was certain he knew. Perhaps her son had told him of her plans to ask for a divorce. She imagined that the Dragon was preparing himself for that moment.

A few days later, her son tearfully reminded her that she needed to kick the bucket and tell his father. The Princess muttered over and over, “Kick the bucket, kick the bucket!” for several more days.

Finally, she made up her mind that she was going to do it. It was almost like vomiting. She slowly walked upstairs and into their bedroom to expel the sickening words. With every ounce of courage she told the dragon that their marriage was over.

The Dragon displayed little emotion. She assumed he was in shock just as she had expected. But she decided to ask him.

Only a week before when he ignored their anniversary – was it because he knew she was going to divorce him?

The dragon shook his head and told her. 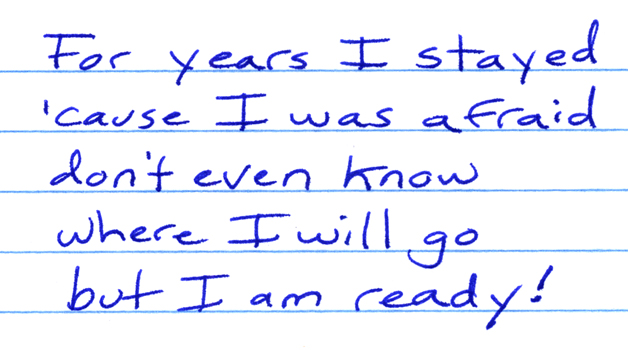 © Judy Unger and http://www.myjourneysinsight.com 2015. Unauthorized use and/or duplication of this material without express and written permission from this blog’s author and/or owner is strictly prohibited. Excerpts and links may be used, provided that full and clear credit is given to Judy Unger with appropriate and specific direction to the original content.

I'm an illustrator by profession. At this juncture in my life, I am pursuing my dream of writing and composing music. Every day of my life is precious!
View all posts by Judy →
This entry was posted in Uncategorized and tagged acoustic guitar, adjusting to divorce, anniversary after divorce, avoid your mood, beautiful music, breakup song, children and divorce, comforting music, composing, coping with divorce, creativity, cry inside, death, disillusionment in a relationship, divorce, divorce after a long marriage, emptiness, empty marriage, ending a marriage, Escape in my mind, facing divorce, facing divorce after a long marriage, feel so alone, gratefulness, gray divorce, grief, grief and marriage, GRIEF RELATED, guitar, Heal me, healing music, heart break, heart like stone, hummingbird, I feel my heart break, I feel so alone, I run from you, I withdrew, I'll face the unknown, inspiration, Judy Unger, Kick the bucket, Leave you behind, leaves me cold, loss, love, lovesong, lyric development, lyric writing, lyrics, marriage breakup, marriage ending, memories and divorce, Music, music and healing, musical comfort, navigating divorce after a long marriage, no connection, original songs, overcoming sadness, performing, prophetic song, Ready to face the unknown, Reasons for divorce, relationships, sad song, sadness end of marriage, separation, separation and divorce, singing, song titles, songwriting, stun you, tears I hide, the Dragon, the princess and the dragon, the touch you withhold, the unknown, unhappy marriage, voice lessons, without affection, writing, Your heart is like stone. Bookmark the permalink.