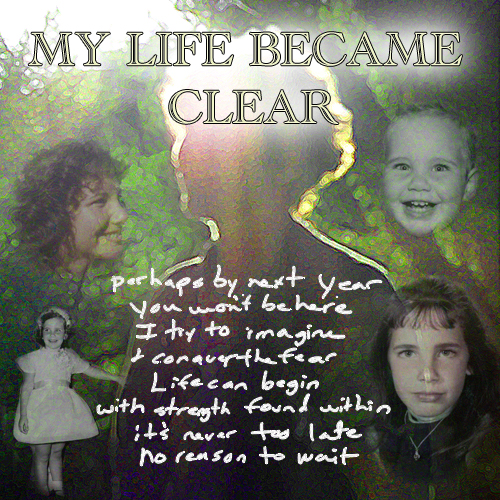 Not long ago I was a child, then a young girl,

A woman so wise, I realize

Life went by quickly, I blinked my eyes

When I grew up, I became sad

Life beat me down; I felt broken

Though it may seem a little extreme

I turned my life around, to follow my dream

I carried on; I lived with heartache

I was so numb; I wasn’t awake

It all changed, I let go of fear

beautiful music I could hear

As I grow old, I’ll keep my smile

All of my tears gave me compassion

I was asleep; my pain was so deep

I turned my life around; with joy I now weep

I carried on, inside I wept

I cried for the losses I could not accept

It all changed, I let go of fear

beautiful music I could hear

When my life ends, I won’t be afraid

I’m grateful for the gift I was given

I celebrate, it’s never too late

I turned my life around, got up off the ground

No reason to wait 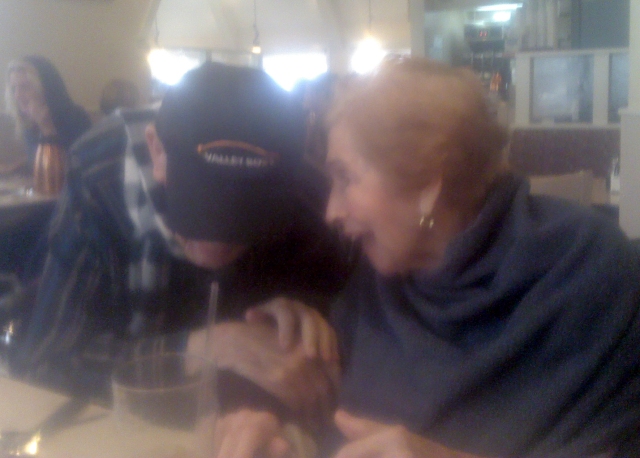 This is one of the last pictures I have of my father. It was taken three days before he died. It is blurry and from my niece’s cellphone. It perfectly displays my father’s love toward my mother despite his suffering and her dementia. 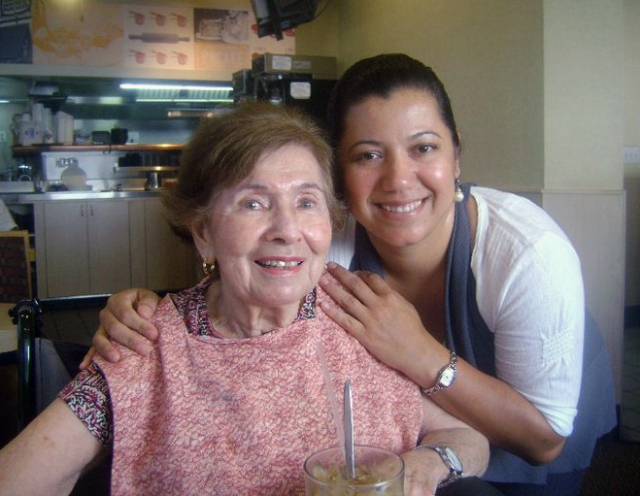 A picture of my mother with her companion, Miriam. This was taken two years ago and she appears to me to be much sharper and alert. Dementia has ravaged her.

I remember when I was perhaps six or seven years old I could look up from my pillow and see the ceiling. I would connect the dots and sometimes I even imagined I saw images as I examined the random textures. Then one day, everything became blurry. By the time I was eleven, an eye doctor pronounced my near-sightedness to be so extreme that without glasses I was considered “legally blind.” I have a prescription of 1400 diopters and I rarely meet people with one larger than 1,000. Later on, I learned that the term “legally blind” only applied if one’s eyes were not considered correctable.

So at the age of eleven, I was given a choice. I could try an experimental regimen of eye drops and bifocal glasses or wear hard contact lenses. My parents decided to allow me to wear contacts. At that young age, I was an aberration and all the children in my elementary school were fascinated to know that I had “a piece of glass in my eye.” Everyone always wondered if my lenses could move behind my eye.

When I had my first cataract surgery last week, almost immediately I could see everything sharply in the distance. What especially amazed me was how large objects were around me. I kept reaching to touch things that appeared to be closer than before.

When I went for my post-op appointment the next day, my ophthalmologist explained that I was now seeing the world with a normal eye. He explained that a nearsighted eye was elongated; there was even a term for what he described, which I don’t remember. The gist was that my repaired eye saw everything 40% larger than my other eye.

That discrepancy left me dizzy and confused. My eyes were not working together and it would be three weeks before my next surgery. I also no longer had the advantage of having bifocal contact lenses. Only a few months earlier, I had gotten new contact llenses and each one was $250. Now I would need to have reading glasses handy. I had become just like my mother, who used to carry her reading glasses around her neck. Otherwise, I couldn’t see my own fingernails or read numbers on my cellphone.

Certainly, I was not about to complain or feel discouraged. I focused my entire aura upon acceptance and gratefulness that I had a treatable condition and these procedures would lead to improvement. 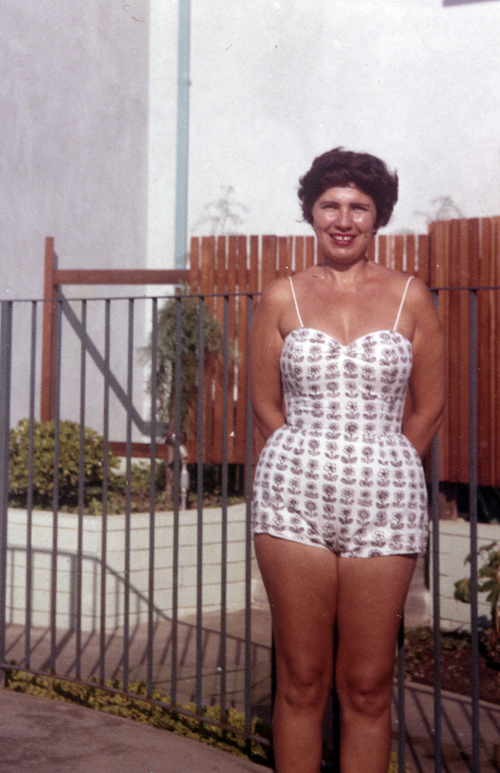 My mother is younger than I am now in this picture. The background has not changed at all within their old coop.

I tried to take it easy and began to miss the therapy of my occasional women’s doubles tennis game. For over 25 years I usually played twice a week. A good friend went shopping with me a few days after my surgery and helped lift the larger items into my cart. My children brought everything into the house.

It wasn’t easy for me to relinquish things.

My life with my “soon to be ex-husband” held challenges. Although things were civil, sometimes my breath was squeezed out of me, as I felt grief over the present circumstances. There was often an ominous undercurrent with his presence. Only the day before, as a joke I thought I could name my blog post “Sleeping with the Enemy.” I prayed that would not happen. The most awkward part was that for decades we never used our names and called each other “honey” instead. Every time he addressed me that way, my heart jumped with pain.

I knew I had to move, but I did not want to overwhelm myself with stress. I planned to give myself a few months because I felt it would be better for my children that way.

I needed to go shopping. I hadn’t been outside much for days and the two refrigerators in our home were both empty. My family required a lot of food. On top of that, I had invited my mother for lunch and I wanted to buy her something she loved, a kosher hot dog. I drove to my usual place, Costco. 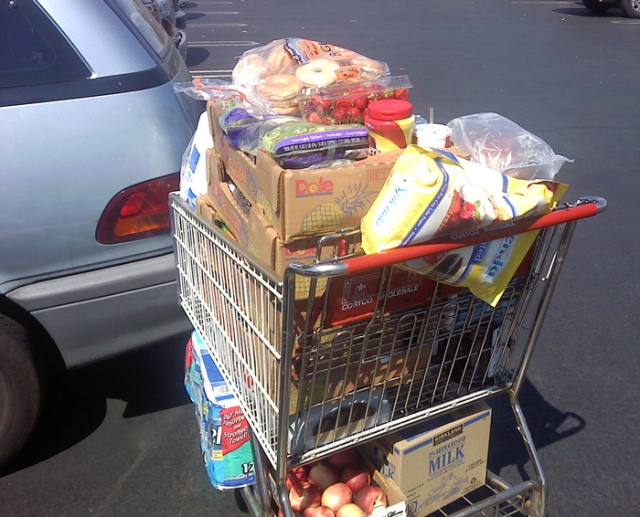 In the near future, my mother would probably be put on a diet of pureed food. She disliked it and often didn’t eat much as a result. I wanted her to have some quality and pleasure in her life, yet at the same time there were now health concerns. Only a few weeks before, she had been treated for pneumonia. A pulmonologist wanted to order a swallow test because there were concerns that she was aspirating her food and that was causing her to have a severe cough.

This was a dilemma for me. For her to have the swallow test was possibly traumatic. I thought that perhaps I should just allow for pureed food and skip the test. I decided to allow for the swallow test and felt stress surrounding making this decision.

I looked forward to my mother’s visit for lunch. Her companion, Miriam, was now my close friend. Miriam was very sympathetic to my situation, as she was dealing with something similar in her own life.

As I pushed my cart toward my car, I began to feel sorry for myself. I realized that I had overdid it; my cart was hard to push and packed as it usually was. A large package of paper towels fell to the ground, and an older man reached down to pick it up for me. I almost cried as I thanked him for helping me. Before I put things it my car, I paused and took a picture of the shopping cart.

I told myself that I would only carry in the perishable items. Unfortunately, it was too hot in my garage to leave the two, large watermelons in my car. I brought most everything into my house and considered it my exercise. Instead of tennis, I was carrying lots of groceries! I would ask Miriam or one of my children to help me with the rest.

My phone rang. It was Miriam and she informed me that she and my mother would not be joining me for lunch. My mom was ill and coughing terribly. She also had a fever.

I finished putting the last item into the refrigerator and called the nursing home. They told me that blood tests had been ordered for my mother, but she refused to allow any blood to be drawn. She tried to bite the technician. With dementia, everything was so much harder!

I sat alone and ate a small slice of pizza, which was something I normally avoided. I noticed that I could hardly taste it.

I went into my bedroom and lay in my bed. I could hear my most recent song composition “My Dream” in my mind. I closed my eyes and softly hummed to myself. Within seconds, my music was soothing my aching heart. I opened my eyes and looked up at the ceiling; I realized that with my “new” eye it was clear and sharp.

It looked so close that I reached my arm up imagining I could touch it. 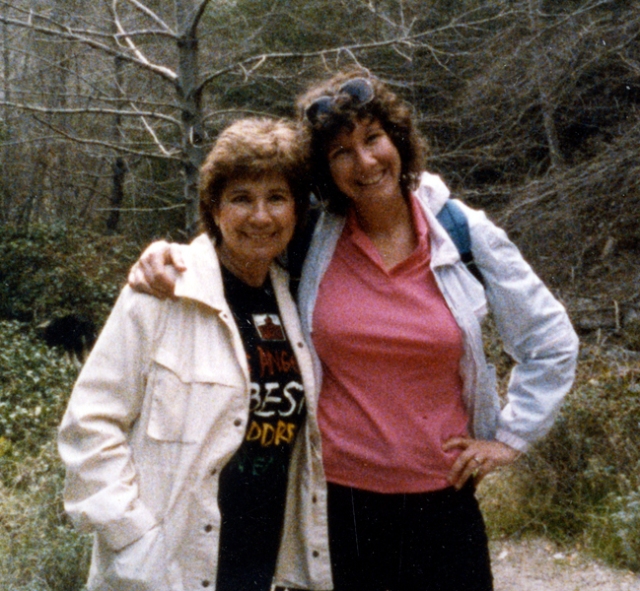 I am with my mother in this picture taken over 25 years ago. 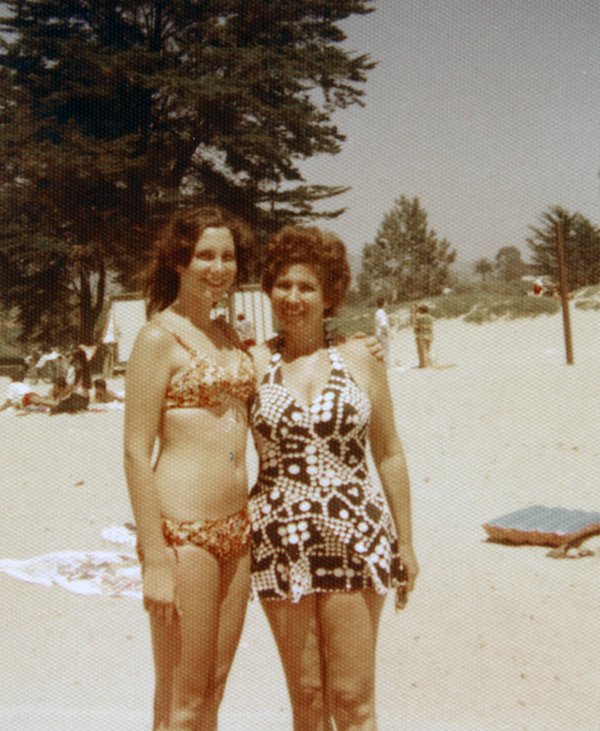 I love this picture, where I’m wearing a bikini. I guess I could consider that “my dream,” too!

Message from a friend (My words are in blue):

I am so proud of you. I really admire your strength. I’ll keep praying for you. I wish I had your courage. I talked to an attorney several months ago and she wanted $15,000 up front for a retainer. My husband and I haven’t been intimate in about 5 years. I don’t even feel like we’re married. I get more affection from the 2 dogs.

You’re right. It’s hard sleeping in the same bed with someone who’s distant from you. If I want to eat out or go to the movies, I have to go with a girlfriend or my kids.

Honestly, you might want to sell your house – take half that equity and leave. You could buy a small condo and live a new life, too.

I am hoping to inspire people to have courage. I have no idea what my future will be, but staying in a sad situation is hopeless. I deserve better and so do you.

Thanks for the inspiration, Judy. I’ll be 60 years old next year, but feel like 80 today! 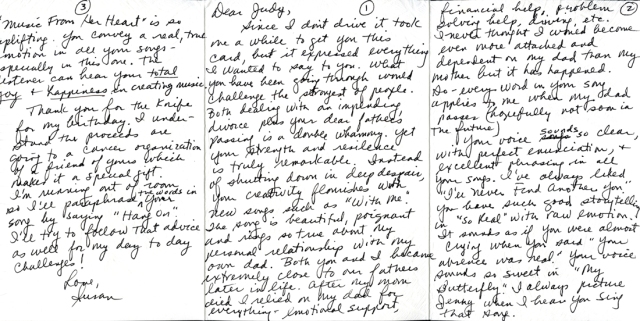 My friend, Susan, sent me this beautiful card. I am blessed to have many wonderful friends.

“What you have been going through would challenge the strongest of people. Both dealing with an impending divorce, plus your dear father’s passing is a double whammy. Yet your strength and resilience is truly remarkable. Instead of shutting down in deep despair, your creativity flourishes with new songs such as With Me.” 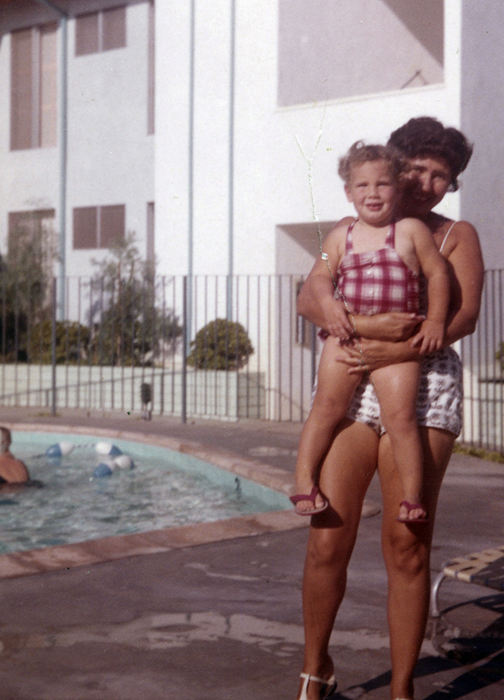 In this picture, I was probably about three years old. I still can remember the feeling of being held. That feeling keeps me going.