My post title of “You Have Flown” is a lyric line from my song “Set You Free.” Set You Free is also the name I’ve given to several song compilations that I’ve released on Insight Timer (a meditation app that carries my music.)

My meditation song compilation is my most popular track on Insight Timer. Those songs were created by my former arranger and are definitely best for meditation. 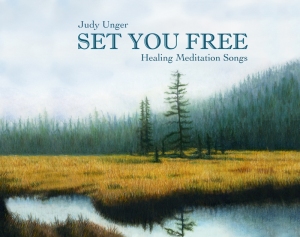 Recently, I released a new instrumental medley on Insight Timer. I used the same illustration for the cover but changed the color theme. My medley of “Healing Instrumental Songs” contained the same six songs except they were based upon my guitar arrangements. I worked very hard mixing and finalizing those songs. It’s one of the many reasons why I haven’t written on my blog for four months.

I have another new medley, which will be released soon. It is the first one that incorporates my voice and I’m very excited to share my lyrics with the wonderful Insight Timer community.

Links to my stories about Set You Free:

Story behind SET YOU FREE-PART 1

Story behind SET YOU FREE-PART 2

Story behind SET YOU FREE-PART 3

Links to hear my song Set You Free:

I wrote the lyrics to “Set You Free” while facing the loss of my father. He was declining steadily from repeated infections.

But my lyrics had another meaning for me. They were about anticipating the time when I would set one of my children free.

Yesterday, my 27-year-old son moved out to start a new phase in his life. In the hours before he left, I could hear my father’s voice and we had entire conversations in my head.

My father was extraordinarily close to my oldest son. Perhaps it was the loss of my first-born son, Jason that brought them closer.

As a baby, toddler and young child – my oldest son was very challenging. I wrote a lot about my unrelenting advocacy (for all of my children) on my blog years ago. Even though it was therapeutic for me to share those stories, I decided to delete them later on out of respect for my childrens’ privacy. 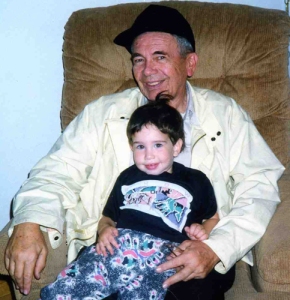 My father was a dedicated teacher and he took it upon himself to tutor my son relentlessly. My other two children would make a mad dash in another direction whenever my father came over. They had little patience for their grandpa who would not let go of them once they were in his “tutoring grip.”

This picture from my son’s high school graduation was taken the year before my father passed away.

But with my oldest son, it was different. Even though he occasionally complained, he was very connected to his grandfather. The love between them was touching and sweet. My father’s devotion to him helped me greatly. At that time, I was overwhelmed with my mother’s care and my other childrens’ issues.

My father died before he could see his beloved grandson graduate from college. I was extremely emotional at the graduation ceremony. I could hear my father weeping with joy and nodded silently as I held back my falling tears.

That was six years ago. Since then, my son had difficulty finding a steady job. He became a tax preparer, which was seasonal work. During the off-season he had another job, but there were no benefits and the pay was low. He was well liked by his co-workers, yet it became apparent that this wasn’t the best career for him.

One day, he told me he had an idea. He had heard from one of his co-workers that there were programs in other states where he could easily become a teacher. The pay was excellent and the cost of living there much cheaper than in Los Angeles, where we lived.

This opportunity could actually allow him to live independently. He decided to apply to a program closest to where we lived, in the state of Nevada. I knew he was anxious about this change, but I loved the fact that it was something he came up with on his own. My son quit his job doing tax work because he just couldn’t stand it anymore.

For many months, he was always home.

He didn’t handle noise well. He complained about the traffic noise and I complained to him that it was noisy when he and his friend were playing video games late at night. Whenever I played guitar and sang he would tell me it distracted him; our bedrooms were very close together. So I seldom sang when he was home. I wore headphones most of the time and if I played music aloud, I would be sure to close my closet and place a towel under my door to muffle sound.

Occasionally, my son would go to his car for an hour to give me some time alone. He knew I missed singing freely and he was right. I would sing my heart out and text him to come back when I was done.

We were both anxiously waiting to see if his application would be accepted. I assured him he would get in. When he received his acceptance letter, he couldn’t believe it; his new future could truly become a reality.

Two weeks ago, we took a road trip to find a place for him to live. The program was in Las Vegas, Nevada, a five-hour drive away. I was sick with a bad cold the whole time, but we accomplished what we set out to do.

We scouted the apartments there and on our last evening a wonderful opportunity became available to him. A good friend called me to tell me she knew of a family that could rent him a room. We went to check it out first thing in the morning and it was perfect. My son loved dogs and a large dog jumped all over him when we came to look at the house.

On the day he planned to leave, I wondered when he would start packing. Around lunchtime, he knocked on my door and asked me if I could keep him company while he gathered his belongings.

It seemed unreal as I sat on his bed and watched him. He asked me to look through mismatched socks and make pairs for him. I silently kicked myself for not buying some new socks the week before.

My son had a passion for magic tricks and I smiled seeing him put a few trinkets into a small case. I imagined him dazzling his young students, he would be surrounded by excited children begging him to show them more.

“Hey mom, have I ever shown you this?” he asked.

He pulled out his grandfather’s driver’s license from his wallet. That license was so important to my father at the end of his life and I could see my son treasured it.

Slowly we both filled up duffel bags and a few suitcases. I would clean his room later on and reminded myself that he would surely be back for visits.

But there was such poignancy about this moment.

His life journey was diverging from mine as he moved down his own path. I smiled as I pictured a bird flying out of a nest. The momma bird was really happy because suddenly she had a lot more room to move – she had done her job well because her baby bird was flying off to a new life with wonderful possibilities.

I wondered what my father would have thought about his grandson becoming an elementary school teacher. My father, the consummate teacher, pounded so many lessons into my son.

Whenever my son became discouraged, he would say, “I wish grandpa were here.”

My son’s car was finally loaded up. He looked at his back seat and said, “Mom, I don’t need half the things you gave me. I’ll probably never use them.”

Maybe he was right. I glanced at the frying pans, razor blades, pain relievers and cans of food. I kept thinking of the socks I wished I’d bought, too.

Now it was time for him to leave.

“Wait!” I said. “Let me get you something to eat on the road so you won’t have to stop for food.”

I ran into the house to warm up his last frozen vegetarian entrée. I brought it out to his car with a plastic fork and a banana.

The lyric line of “We both know, it’s hard to let go,” began echoing in my head.

I hugged him through his car window and wished him luck.

As his car drove out of the carport, I could hear my father weeping with joy. I blinked back the tears.

My son was free.

15 Responses to YOU HAVE FLOWN