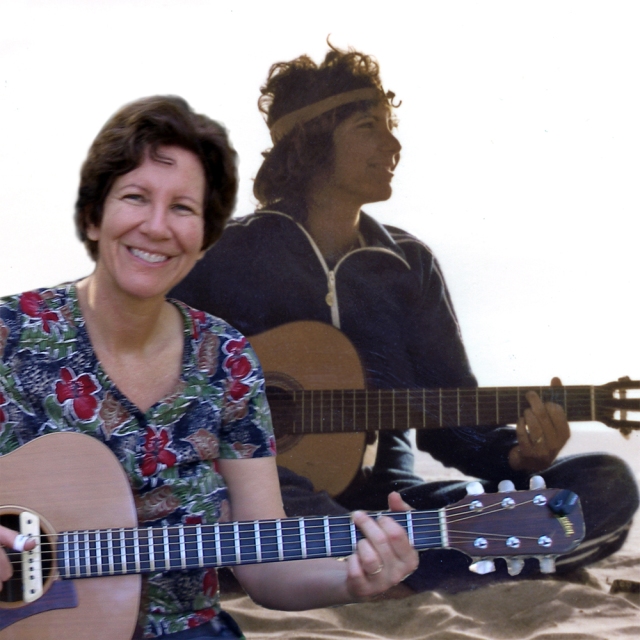 MEANT TO ME INSTRUMENTAL #1 Copyright 2014 by Unger

WHAT YOU’VE MEANT TO ME

You live within my love songs, and the music from my heart

I always sang love to you, right from the very start

Right from the very start

I’ve written a song to tell you I love you

How special you were in my life, in my music

So, I wrote you this song to tell you I need you

That I loved you more than I ever told you

I care for you so tenderly, but you know I am unsure

And afraid to comprehend; any love that might endure

I’ve written a song to tell you I love you

How special you were in my life, in my music

So, I wrote you this song to tell you I need you

That I loved you more than I ever told you

What you’ve meant to, to me

Link to Part One of this story:

Sharing this song right now is a balm for my soul.

There is no question that my first arrangement of “Meant to Me” has a medieval sound. During the solo interlude, I always picture a castle filled with nobility dancing in elaborate costumes.

There is irony that I share this story as I write about a Princess and a Dragon, which also carries a medieval theme.

Eight months ago, I recorded a new vocal and added more instrumentation to this early song arrangement created in 2010. Although there was a second arrangement of Meant to Me, my first one really captured the happy feeling of this love song that I composed at nineteen.

Originally, my song had a longer title of “What You’ve Meant to Me.” It was the simple sweetness and memory of writing it that allowed me to keep most of the lyrics unchanged from how I wrote them 35 years ago.

The line of something going wrong definitely was a statement made by a girl who was far too immature to marry only 2 years after writing this song!

Recently when I was working on the vocal, I began to transfer some of my emotion to other special people in my life – most importantly, my mother. I ended up imagining that her dementia was something that was definitely “going wrong.” It turned out that my lyrics weren’t too far off.

My prophecy that something might go wrong in my relationship actually came true very quickly, not long after I wrote my song.

In one of my memory boxes I found an old letter written to my husband during a time when I broke up with him before we were married. I wrote another song after that letter, which I named “Saying Goodbye.”

I forced myself to overcome my fear about love enduring.

Today we both signed a final agreement resolving all issues related to our divorce after 31 years of marriage.

The Princess and the Dagger

The night faded into dawn. The Princess prepared herself to face a day she had been dreading.

On this day, she would confront her fears. She would see the Dragon and the decision she had made over a year ago would soon become a reality.

Although the Princess and the Dragon would formally end their marriage, they would always be tied together because of their offspring.

Unfortunately, the Princess was also still tethered by unwanted thoughts.

Her mood danced between feelings of bravery and failure.

Melody soothed the Princess as she rode her horse toward the meeting hall. The Princess was early and carefully searched for the room where a Magistrate expected her.

A moment later, the Princess saw the Dragon walking toward her. His eyes met hers with friendliness.

She averted her eyes and the Dragon awkwardly continued walking past her. It happened so quickly!

She truly didn’t know what she was supposed to do. A sharp stabbing pain throbbed inside of her. Once again, she had rejected him.

The Princess deeply wished the Sorceress were there. Only a second later, the Sorceress arrived and the Princess felt relief that she was now safe. The Magistrate began to call everyone into the meeting hall.

The Dragon was anxiously looking for his Wizard who was late and nowhere to be seen.

The Dragon went into the meeting hall. He sat alone and his eyes were very large and pained.

The Sorceress whispered to the Princess, “I feel very sorry for the Dragon.”

As time ticked by, the Princess began to feel overwhelming pity for the Dragon. It was then when she realized her fears about the Dragon wanting to hurt her were completely false.

The Dragon was simply weary, just as she was.

Eventually his Wizard arrived, and the Dragon was clearly relieved.

Even though the Princess knew the Dragon posed no danger, the pain inside continued. She imagined that an invisible Dagger was stabbing her. She closed her eyes and pretended she was okay.

For several hours, the Wizard and the Sorceress worked on ways to form a final decree, which would separate the Princess and the Dragon forever.

Most of those things could have been easily settled, except the Wizard wanted to use his exorbitant magic potions.

The Princess was thankful that she hired a Sorceress with powerful spells to counter his, but those also came at a very high price.

It was not unusual for nobility to expect magic to be the solution for dissolution!

The Princess was certain that her pain was a result of the Wizard and his wicked incantations that began weeks before this meeting.

She held tightly to her Sorceress and wished the Sorceress could have protected her from the Dagger.

As the minutes ticked by, the Princess pretended the Dragon didn’t exist by turning away from his direction. Both of them were not far apart within the hall, but the Princess imagined he was on the other side of the world.

Eventually, the Sorceress happily returned to where the Princess was sitting.

With exuberance she told the Princess that everything had been resolved.

It was over. The Princess hugged her wonderful Sorceress and thanked her for both protecting and soothing her. For certain, the Princess wanted to rejoice about something she had hoped would be achieved with the settlement.

The Dragon had accepted a few of her jewels and in return, she would completely own all of her art and musical treasures.

The Wizard and the Sorceress shook hands. The Princess bid farewell to both of them.

But the Dragon left as the Princess was looking somewhere else.

A storm had been brewing all day and rain was steadily pouring as the Princess left the meeting hall. Her hair was dripping as she walked uncaring into the wet mist and mounted her horse that awaited her.

She galloped through the rain to a small cottage, which had become her new castle for over a year now. The rainbow she had dreamed about did not appear as the steady droplets splashed upon her.

She imagined the raindrops were tears from angels in the sky above. Jason and her parents were crying.

The rain began to diminish. In the damp mist, the invisible Dagger kept stabbing the Princess over and over as she rode her horse.

There could hardly have been a better outcome on such a difficult day. She wished she were celebrating instead of suffering. For so long, she had dreamed of the relief this day would bring. And now it was a reality! She ignored the pain until it was impossible to ignore.

The Princess stopped and wailed.

Why, oh why was this happening to her? The Dagger was spoiling everything!

The Dagger decided to answer the Princess and said, “Dear Princess, you’ve carried me for a long time and you know me well. It is you who are wielding me.”

The Dagger was her guilt.

I'm an illustrator by profession. At this juncture in my life, I am pursuing my dream of writing and composing music. Every day of my life is precious!
View all posts by Judy →
This entry was posted in Princess Stories and tagged acoustic guitar, adjusting to divorce, break up song, breaking up, composing, coping with divorce, creativity, divorce after a long marriage, ending a marriage, facing divorce, gray divorce, GRIEF RELATED, guitar, healing music, heart break, heart like stone, I've written a song, impending divorce, inspiration, Judy Unger, loss, love and marraige, lovesong, lyric development, lyric writing, lyrics, marriage breakup, marriage ending, Meant to me, Music, Music from my heart, original songs, Princess and the Dragon, princess metaphor, Reasons for divorce, separation, separation and divorce, singing, songwriting, the Dragon, the princess and the dragon, the unknown, unhappy marriage, What you've meant to me. Bookmark the permalink.