WHEN THE SHEETS ARE STILL

“The Princess on the edge”

The princess had few memories of her long ago prince. All she remembered were the countless years she had struggled living with the dragon he became. She often imagined that she never knew a prince at all.

The dragon was always unhappy and smoldering with anger and fire. He was furious, but his fire was always self-contained. Over time, the princess grew to intensely dislike his presence.

For many of the years they were together, she learned ways to create distance in order to feel safe. Now the distance was real. Leaving the dragon was the most courageous thing she had ever done in her life. Once she actually left the castle, she noticed how relieved she was. It was easier than she expected and she did not miss him at all.

But there were many traces of familiar habits that she noticed she had not left behind. For instance, the princess could not remove the heavy armor that she carried for protection.

Worse yet, was the way she went to sleep every night. No matter where she slept, it was always on the edge. She would hang onto the edge of every mattress and her arms would dangle over the side. It was something she had learned because she wanted to be as far away from the dragon as possible.

This particular habit made her terribly sad. She did not want reminders of that empty life and the years of lying awake at night contemplating her hollow marriage. The untouched bed and stillness of the sheets beside her was a very sad reminder, indeed.

But the fact that she continued to sleep on the edge gave her the feeling that the dragon was still there.

When she first left the dragon, she was in a dark foggy landscape. Eventually, everything in her life became easier and the darkness lifted. The dragon left their castle and it was sold. She had everything she needed to begin a new life.

But it was not over and she could not separate from the dragon so easily. The dragon hired a wizard because he was determined to defeat the princess and make her pay for her betrayal.

In turn, the princess sought out the help of a wise sorceress. The wise woman who would protect her came at a very high price, but the princess was grateful for her wisdom.

The princess could feel the dragon coming closer. The final moment of tearing their bond apart was approaching. She and her sorceress would have to face the dragon and his wizard soon. Although she was not in danger, her heart was aching and detachment was eerie. She imagined instead that her heart was made of stone. 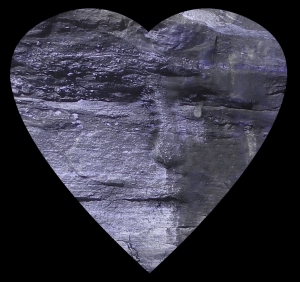 Sometimes she cringed when she imagined his hatred for her. In order to save her life, she had ruined his life. But weaving stories about him only kept her imprisoned. It was better to forget he had ever existed.

Soon she would be facing him. She clung to the edge of her bed and dreamed of when it would finally all be over.

–
© Judy Unger and http://www.myjourneysinsight.com 2013. Unauthorized use and/or duplication of this material without express and written permission from this blog’s author and/or owner is strictly prohibited. Excerpts and links may be used, provided that full and clear credit is given to Judy Unger with appropriate and specific direction to the original content.

I'm an illustrator by profession. At this juncture in my life, I am pursuing my dream of writing and composing music. Every day of my life is precious!
View all posts by Judy →
This entry was posted in Princess Stories and tagged adjusting to divorce, coping with divorce, creativity, divorce after a long marriage, edge of the bed, ending a marriage, facing divorce, gray divorce, heart break, heart like stone, loss, marriage breakup, marriage ending, Princess and the Dragon, princess metaphors, Reasons for divorce, separation, separation and divorce, Sheets are still, the princess and the dragon, the unknown, unhappy marriage, writing. Bookmark the permalink.