MY JOURNEY IN SIGHT – PART 1 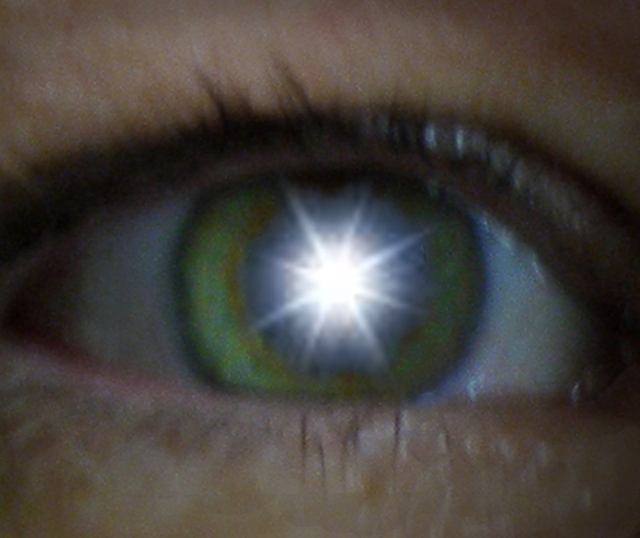 “Hello, this is Angie. I was on vacation for a week, but I was looking at your chart note and he wants you to contact him only if you want surgery. So let me know if you want surgery. If you do, then I’m going to pass the message on to him and he’ll have his surgery scheduler schedule you. Okay? Give me a call back at  . . .”

Audio Transcription of Phone Message from 1/7/14

Something was wrong. I was having trouble concentrating because my eyes were slightly burning and foggy a great deal of the time.

On a daily basis, I was suffering and plagued with intense dry eye syndrome again – the familiar feeling of feathers and sensations started to make me crazy!

This condition was worse when I was away from home. It plagued me during my recent trips, so it wasn’t about spending a lot of time on a computer.

Gradually, it dawned on me that something had worsened. I was overwhelmed as my eyesight became more and more unbearable. My mind chattered to overcome negative thoughts and sadness. I was losing the battle.

The eye department and facility where I had my cataract surgery did not give immediate appointments unless it was an emergency. This wasn’t an emergency, but clearly I needed to address it. The last time I had gone to that facility with similar symptoms, I received admonishment that my condition was irreversible and I just needed to “get used to it.” I was given a prescription for eye drops (Restasis) and told that eventually my nasty floaters and blurs, which were a result of Posterior Vitreous Detachment in both eyes, would be less noticeable.

It occurred to me that perhaps my physical discomfort was tipping the scales for me now. It was hard for me to open my eyes. I closed them and tried to ignore the dirty vision in front of me, even though I began to feel desperate. Ophthalmology appointments with my HMO were never easy to get and it wasn’t truly an emergency. Or was it?

Depression began to descend upon me like a dark cloud. I found myself crying easily and realized I needed to do something. But what could I do?

I decided to call a retinologist whom I had last seen ten months earlier. He seemed compassionate and willing to help me – but the only way he could do that was through surgery. He said it would be best for me to wait and get in touch with him the following year if my problem hadn’t improved.

He could restore clear vision with a Vitrectomy, but it was an extremely risky procedure and he would do it only in circumstances where a patient could not function otherwise.

But when I called, I kept reaching a recording that his secretary was on vacation. I tried calling back several times with the hope of simply scheduling an appointment. My calls were not returned. A week later, I finally received a call back.

When I heard the voicemail, which I transcribed above – I was very upset.

Such extremes! On one end, I was told that there was nothing that could be done and the other choice would be to have radical surgery. There had to be another answer! Perhaps there were other options. I was tired of only seeing things in black and white, which I often found myself doing.

I went on the Internet and saw that there were other remedies for floaters.

I contacted my regular doctor to tell him what was going on. He was really the best part of my HMO, because he was terrific about following up anytime I asked him anything.

Once again, he was my champion. Within an hour of my emailing him, the retinologist suddenly called and was willing to speak to me.

I described my symptoms and the retinologist explained that surgery would only worsen the dryness I was experiencing. Vitrectomy was what he specialized in and with a 10% chance of losing my eyesight, it wasn’t something I would consider. He said, “I can’t help you, but you can see a cornea specialist for the dryness.”

The following day, I was given an appointment. I couldn’t believe it!

I explained my symptoms to this cornea doctor. He said, “Dry eyes tend to worsen with age and hormonal changes. Sadly, it isn’t something that can be cured. Cutting into the eye with cataract surgery has a permanent effect upon the production of tears. Artificial tears are not the same in terms of lubrication as natural tears.

He was right about that. I poured them into my eyes and it made no difference. I still felt sensations and pain. He gave me his favorite remedy. He told me to microwave rice in a tube sock, and then use it as a warm compress on my eyes twice a day.

I followed his instructions, but found little relief.

In the Los Angeles area where I lived, there was a world-famous eye clinic at UCLA. I decided it was time to go outside my HMO to get another opinion.

I asked my good friend, Dr. Sam to find the name of someone I could see. He followed through and I scheduled an appointment with a well known doctor. It would be on the first Monday in February. This was going to cost me a lot of money, but I decided it was far more important than anything else I could buy. 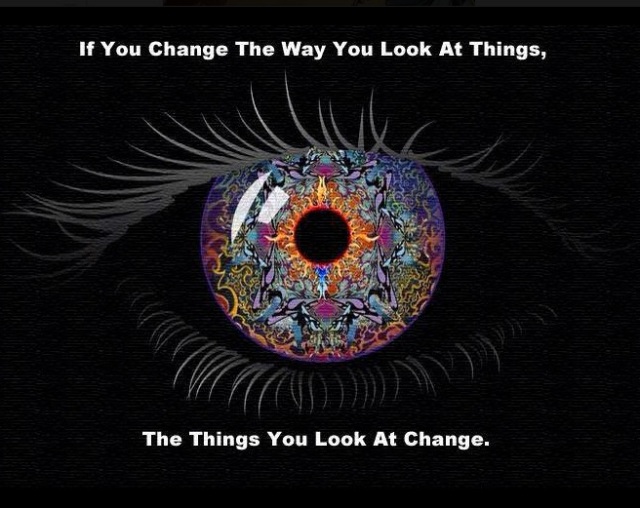 I copied this from a site on Facebook called Sun Gazing. Not sure who the artist was, because I wish I could give credit.

My hypnotherapy sessions every week became very intense as I worked hard to discover ways to help myself. I plodded onward and was thankful for the relief I found during those amazing sessions.

One thing I learned, was that I was not being gentle with myself. Criticism was something I had lived with all of my life. Being self-critical was a habit I wished I could overcome.

Two words also played over and over for me. They were: compare and despair.

Those words weren’t helping me. True, I had already suffered the horrible loss in my life of my child. That meant nothing could compare and there was no allowing for despair. And it meant I wasn’t grateful for all the possibilities that my situation could be much worse.

As my eye condition began to overwhelm me, it reminded me very much of grief. 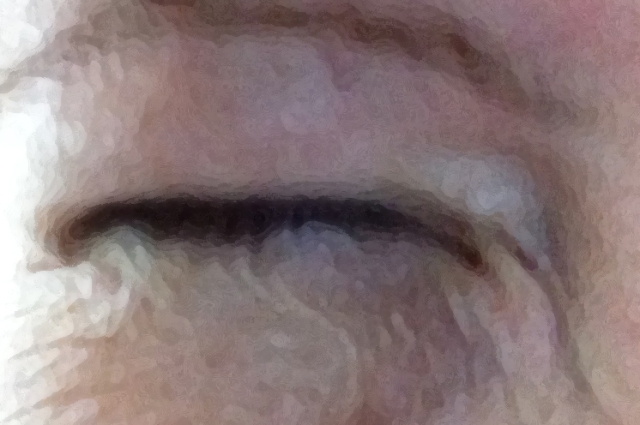 What I am about to share is very ugly. It is about the chatter that has gone on in my mind and encompasses so much energy. There are two voices in my mind that battle endlessly.

I try to use a filter to help myself. I call it the GENTLE FILTER.

This conversation I am sharing is an expression of complete vulnerability. I am honest and raw.

One voice is called: GRIEF. Grief represents sadness and hopelessness.

The other voice is the INNER CRITIC. That voice is judgmental and harsh.

GRIEF:  Oh my God! Please, please – I cannot face opening my eyes. It hurts and it’s horrible that I have to look at what is right in front of me. I cannot accept this. I just want to see the way I used to without fog, blurs, shadows and ugly lines swimming all over my eyesight. My eyes burn and I don’t want to open them. Why did this have to happen?

INNER CRITIC:  You are weak – come on! You’re lucky that you can still drive and see well enough to function. This problem is a result of your inability to accept the aging process. You are making your own problem worse. You are suffering with this because you are unwilling to be happy about your life. Now that you’ve radically transformed your future by ending your 31-year marriage, did you think you’d be free from suffering?

GRIEF:  I know it could be worse, I want to celebrate that it isn’t blindness or cancer. I am grateful for all the beauty in my life, but I’m still sad about this. I sure miss my mom and dad. They really cared about me and would have helped me figure out what to do.

INNER CRITIC:  You don’t really miss them. They would have only suffered to see you going through this. It’s better they’re gone.

GRIEF:  I have grieved so many things in my life. I believe in healing. I’m okay about so many other losses – but not this. I cannot find a way to get used to this. Also, I was so proud to be a shining example of finding joy again in life. Now I am a fraud because I don’t look forward to the future anymore. I want to hide and curl up in a ball. What is the point of anything when I want to just close my eyes? I thank God every moment because I have my music to soothe me. There is still so much I want to do, but I don’t feel well. I think I’m ill.

INNER CRITIC:  You’re not ill. You are suffering because you aren’t willing to face your grief. You are over-eating and biting your nails – all of this is a result of your weakness. If you treated your body better, you would feel better. This is not about your eyes.

You are suffering and trying to comfort yourself any way you can. Do not give up hope.

2 Responses to MY JOURNEY IN SIGHT – PART 1