THE PRESENT IS MY GIFT 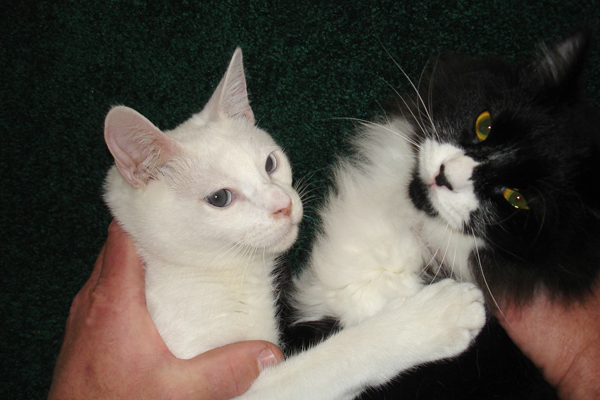 I can’t believe I am not tired at this moment! The house is quiet. I almost stepped on those two cats sleeping right outside my bedroom door. I simply amazed by my “explosion of passion” for writing. I cannot sleep, and I cannot hold back what is happening to me.

A good friend suggested that I start a blog. This was because I was emailing all of my friends like crazy. I was writing to friends from childhood and all parts of my life. It was therapy for me, and I received such an amazing array of heartfelt support while my mom was on a respirator for two months starting last November. I didn’t think that 50-year-old women blogged!

Her suggestion had me wondering. I asked her, “What would I write about?” Her response was that I could write anything I wanted. The blog would be about me! That sounded very peculiar. I’ve been caring for so many people for such a long time. While I was living it, I never dreamed I would someday write about it. Who would want to read what I’ve written? That didn’t matter, since the therapy was truly “getting it out.” I wanted to share because I felt it would help connect me with other people. I’m surprised at the many positive things that have happened for me since I’ve begun writing this blog. I’ve discovered that my sense of humor is still intact.

I just finished writing the prior post, “Grief 101.” So it seems that therapy for post-traumatic stress was the whole purpose behind this blog. It has been a way to release the trauma that has remained inside me for many years. I am a perfectionist, and a creative person; I’ve lived my whole life with boundaries, but decided to let those go..

My own parents were the ones that truly helped me carry the bricks on my back. My mother and father felt my pain. They helped me with my challenging children. They came along on vacations to help us. My mother listened to me share with her every little joy and pain regarding her grandchildren. Gradually, starting about ten years ago, my parents began to change. It was slow and imperceptible. They started needing me more. And that began to only increase with their age. I was patient and loving, as they have always been that way with me.

As strong as I was, it was hard for me to stomach my mother’s pain and suffering. I thought I was stronger, and I thought that since losing parents was a part of life – it shouldn’t be hard for someone who has survived the death of a child. And I had survived it so well, I thought! 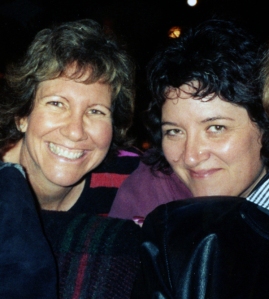 From hypnotherapy, I learned the simple phrase “Up and out.” Up and out simply meant that it was so much better to gets things out, rather than to let them fester. Because so many years had gone by since my son died, I was surprised that I still had so many feelings surrounding my grief. Initially, expressing my feelings through writing was so cathartic that it was like throwing up and feeling better after.

In the past, I used to stuff my feelings inside. When I became connected to my heart and I transformed, I became much more honest. I want to share a story that demonstrates what happened when I was honest about my feelings. Once a month, I planned a dinner with some wonderful women. We called ourselves “The Special Moms Group” because we had met at a weekend retreat held for mothers of children with special needs.

At one of our dinners, a mother brought her new baby to the restaurant. I had always hoped this mother would take a chance and have another child, despite her very real worries that he might have autism like his older brother. It was such a courageous and beautiful decision she had made after many years. All the other mothers were quite excited about seeing the new baby.

As everyone cooed over her baby and took turns feeding him, I shared my honest feelings. I mentioned that I was uncomfortable when it came to holding babies. The other mothers looked at me with surprise. They didn’t believe I could share something like that.

In the past, I would not have said anything. Now, as all of these mothers took a turn, I became uncomfortable because I was the only one there who didn’t hold the new baby. For the rest of the evening, I felt very disconnected. The next day, I casually confided to a mom who wasn’t at that dinner how I had felt so distant from all the other mothers that night.

This ultimately led to an “up and out” feeling for me. I pondered why I had made the statement of being so uncomfortable holding her baby. But then I explained to my friend why I thought that way. Before I had my children, I was very inexperienced and hadn’t had much exposure to infants. In my family, I was the baby. When Jason was born, I had few good memories of his infancy because he was so very sick and I was often overwhelmed. Then I reminded her that the new baby’s name was Jason.

My friend’s response was very touching. She told me that she was very sorry for how alone and isolated I felt. She also understood that it wasn’t the time to fully share where I was coming from. She said, “My dear Judy, so many memories you have of your Jason, and missing him. Having things like this trigger it all can be more than a mother’s heart should have to endure. I am so sorry for your loss, for your sorrow. Thank you for trusting me enough to share this.”

My friend’s words were very helpful for me. I thanked her because our exchange really helped me understand and  “unstuff” my feelings. Even though I was disconnected because I admitted my frailty, I was absolutely thrilled to see this mom’s joy about her new baby, which she most certainly deserved.

I'm an illustrator by profession. At this juncture in my life, I am pursuing my dream of writing and composing music. Every day of my life is precious!
View all posts by Judy →
This entry was posted in Uncategorized and tagged "sandwich generation", Aging Parents, Caregiving, child's death, composing, creativity, death of a child, Friendship, grief, grief bereavement "Loss of a Child", GRIEF RELATED, honesty, humor daily life, Hypnotherapy, inspiration, loss, men and grief, opening up, Ordinary Life, stuffing feelings, writing. Bookmark the permalink.