MY JOURNEY IN SIGHT – PART 3

An example of the detail on one of my illustrations. This job was for a bank brochure that stated, “We have all the tools you need.” I need tools to help me cope with my eye discomfort!

It is astonishing for me how my blog title also relates to my stories about my eyesight issues.

In 2012, I had difficulty seeing and was told that cataracts were probably the reason. I was vulnerable at that time because I had recently decided to end my marriage of 31 years. I trusted that my vision would improve and I’d be happy with the results; most people were.

But unfortunately, I suffered from many complications following those cataract surgeries at the age of 53.

Recently, I’ve been brought to my knees by unrelenting pain in my eyes.

My floaters from PVD (posterior vitreous detachment) no longer are my focus. It seems that my dry eye syndrome has gotten worse. As a result, I have fog and sensations that have only added to my misery.

I cannot concentrate and sometimes it’s hard for me to even open my eyes. The pain is so disturbing that I am teary and frustrated.

The medical profession has not been able to alleviate my condition. I have carefully followed a regimen of wiping my eyelids at night, using a hot compress twice a day and Restasis eye drops. I don’t want to blame myself or anyone else for this condition.

I simply want to live without my eyes making me crazy!

I miss my younger eyes. And not for cosmetic reasons.

Therefore, I was anxious for my appointment to come quickly with a top eye specialist at the Jules Stein Eye Institute in Los Angeles.

It was a long morning – a 90 minute drive and over an hour of interviews and eye exams before I would see the top doctor. The cost for this appointment was $475.

Before seeing the top doctor, I saw his associate who did my retinal examination. I honestly wasn’t too thrilled when this first doctor introduced himself.

I said, “Where’s the doctor I’m supposed to see?”

He explained that I would see the top doctor after he examined me. I was a little suspicious, but then I found this man to be very compassionate and informative.

I held onto his words when he said, “You are very near-sighted. Yes, you had your vision corrected with the lens implants and cataract surgery. But with extreme nearsightedness, the brain can have trouble adjusting.”

I almost cried when he said, “You’re not alone, I’ve seen many other patients that suffer and cannot manage to get used to their new vision.”

I had brought with me a sample of one of my illustrations. When I showed it to this doctor he nodded and said, “Well, you this makes even more sense to me now. Look at your attention to detail – and now your focal distance has been completely changed. That is huge!” 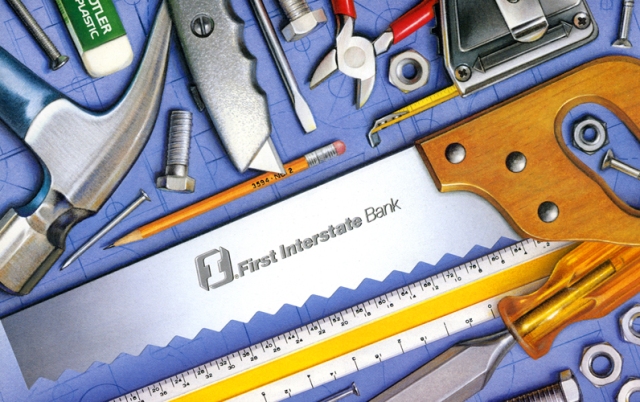 So I heard once again that with my myopia, I have watermelon shaped eyeballs. The membranes over them are thin and pulled taut. This explained my eye gel separation and why floaters and blurs have bothered me so much.

When the top doctor finally came in the room, I felt like I was seeing a celebrity.

I shook his large hand and said, “I liked seeing your picture on the Internet. I feel like I know you.”

He replied, “You mean, my picture didn’t scare you away?” I noticed his voice was deep and buttery.

His confidence was alluring; he was a large man and his aura was powerful and reassuring. Gently he told me that advances were coming that might help me – someday soon, but not yet.

My voice quivered when I asked him if there was any way he could help me; I was so miserable. I held back my tears as much as I could in order to say those words.

He said, “I don’t specialize in dry eyes, so I can’t help you with that. But please, do not let anyone touch your eyes. No surgery or a laser on your floaters – please promise me! I’ve seen many patients who wished they had known that before they ended up losing their vision.”

He recommended I have some eye scans for a baseline and said my HMO ophthalmologist could call him to discuss it.

I was graced by his presence for exactly ten minutes. He swooped in and swooped out.

His last words were that he was certain that I would improve without any treatment at all; it was inevitable. I prayed it would be soon. 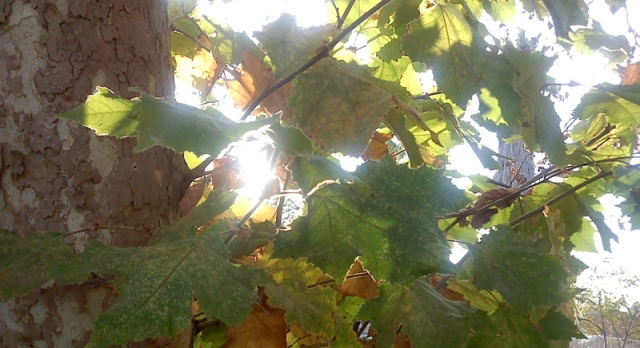 I had opted to go alone to this appointment. The paperwork recommended that I should have someone drive me because my eyes would be dilated. I brought my dark sunglasses and planned to drive home carefully as I had on many other occasions.

I did not want to lean on any of my friends and was certain I could manage this myself. Being on my own was easier.

I put on my dark glasses. But as I was entering the elevator, I didn’t see the door was closing and it slammed into my arm. As pain shot through me, I felt the wall of tears pushing outward. I held them back and swallowed. I wanted to scream.

When I got into my car, the dam burst. I began to sob loudly – it was such a relief.

Suddenly, someone was standing next to my car and banging on my door. I opened the window and a man said, “Are you leaving? I want your parking space!”

He had no idea I was crying. I caught my breath and drove home playing music to soothe my pain.

Later that night, I scrolled through Internet forums to see what people had discovered as remedies for dry eyes. I couldn’t believe that I was now looking at yet another support group in my life. I clipped some paragraphs that spoke to me.

Then, I came across a study related to the high incidence of dry eyes in war veterans with PTSD. It caught my eye.

Because of hypnotherapy, I try very hard to be in touch with my subconscious. I have often felt that I am suffering from Post Traumatic Stress Disorder.

What happened next was so unsettling and horrifying. I was only trying to imagine what trauma I experienced that could relate to this.

Waves of realizations began to sweep through me.

Images circled and attacked my heart with unrelenting anguish.

All I could see were eyes!

My father’s eyes . . . Filled with pain for months before he died. And then I sat with him and listened to his death rattle for a week. It was shocking to see him die with his eyes and mouth open. 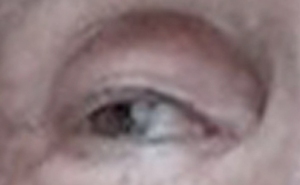 My mother’s eyes . . . A week before she died, her eyes conveyed such resignation and sadness. It haunted me terribly and I wrote about it. Shortly after, I listened to her death rattle for a week until she died in my arms. Her eyes also opened at the moment of death to look at me.

My husband’s eyes – filled with anguish and shock that I wanted a divorce.

My children’s eyes – filled with anguish and shock that I wanted to divorce their father.

And lastly, Jason’s eyes . . . It was a horror to see my child dead and his lifeless eyes were what shocked me the most. They were wide open and staring in different directions. 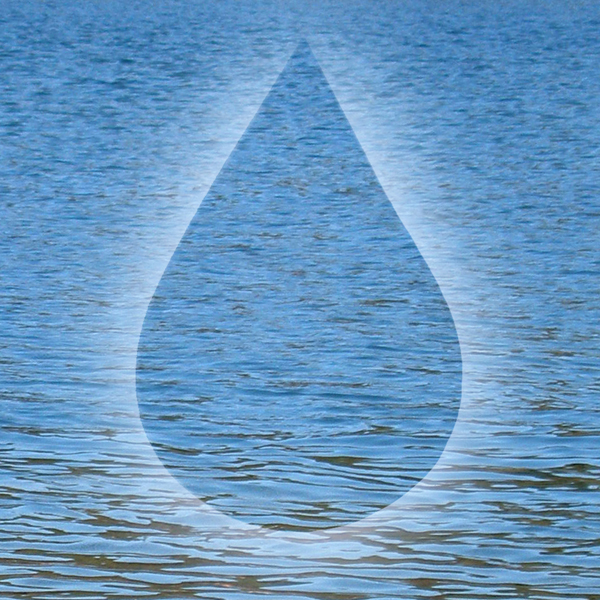 I am grateful that I have this blog to express myself. I receive wonderful support from it.

I’m often asked how I’ve managed to continue writing and composing music while coping with tremendous stress. It seems that doing those things is actually what has sustained me.

Below is a 2-minute audio excerpt from one of my recent shows. Click the blue link to play audio:

TRANSCRIPTION: (My words are in bold)

I’ve been coping with some complications from cataract surgery last year. But nothing is stopping me. I heard one of the ladies here say that. “Nothing stops you!” And that’s one of the things that fuel me . . .

Oh, I don’t know; it’s funny; I’ve had a lot of images in my mind from hypnotherapy. Hypnotherapy really helped me to release a lot of my grief. And in hypnotherapy, you pick images. I’ve chosen rocks. Once, I picked a piece of granite. So nobody can take me for granite.

(Woman in the audience) I have a question. I just want to say, like how did you push yourself to actually do your thing?

I know, isn’t that miraculous with all this turmoil going on? Yes, it’s a miracle!

(A friend in the audience) That’s what pushes her to do it!

Okay, here’s my story. I was basically lost.

And something miraculous happened. I didn’t believe in God. I didn’t have any faith about anything. I was just a shell of a person. Though I deeply had a lot of love for my parents and children.

And when I started my blog, it was an amazing experience. I started to feel happy again.

(Woman in the audience) Your songs are so intense – riveting.

And they’re all true. That’s why I sometimes think my life is a musical because every song is real for me. It’s a story and I’ve lived it. I can connect to my heart in a way that is so healing for me. And whether or not anybody ever heard a song of mine ever again, I’ve healed because of my music. That’s my message – that I really feel is very important and I work tirelessly to share this – is you deserve to be happy.