THE WONDERFUL METAPHORS IN MY LIFE – PART 1 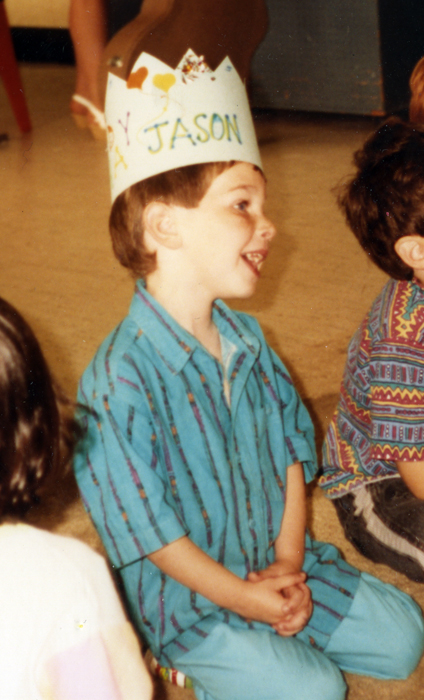 Jason was so happy wearing a crown to celebrate his fifth birthday in his preschool class. It was his last.

“The writer inside me”

The writer inside me is actually a spigot to my inner soul. My persona, thoughts, and feelings are released through my words. While I write, I am not alone. I am sharing myself with other humans who are reading my words.

My brain’s hard drive has been filling up with memories through the years, and it is running out of space. Each time I write something meaningful to me, I have burned a “memory disk.” I can delete something and create more space in my brain. I am hoping this will allow me to have more working memory!

Recently, it occurred to me that metaphors have always been a part of my life. They have been especially useful with my writing.

There seems so be so many interesting coincidences in my life. While looking through cassettes of my original songs, I came across two, special tapes that were entitled: “Jason’s funeral,” and “Jason’s Unveiling.” I knew I did not want to listen to the funeral tape.

However, I remembered that I had made a tape for the unveiling of his gravestone a year later. I had re-written several of my songs and recorded them on that tape. I played it looking to find recorded versions of my original songs.

I didn’t realize there was more on that tape.

It was shocking for me. I had recorded snippets of Jason’s voice and my interactions with him. Without any expectation of hearing Jason’s voice, I played that tape. My heart came into my throat.

This was a voice that had long ago been extinguished. He had died eighteen years ago when he was only five years old.

As his voice chirped with singsong breathlessness, it spun me into heartbreaking anguish.

It was hard for me to understand what he was saying. He was out of breath, probably due to his cardiac condition. Still, I remembered every word. As I listened, I thought about how he would have had a deep voice if he had lived. He would have been twenty-three-years-old this year.

I remember I had originally made this recording with Jason because I was going to be gone for an evening. He could listen to our dialog and not miss me as much. The tape would remind him much he was loved.

After our dialog, I played my guitar and sang him a special, loving song. As I sang that song for him, he made an audible sweet, sigh. He loved that song.

It was comforting that he was surrounded by so much love in his short life.

The most amazing thing was that I was blown away. I had used such lovely metaphors with Jason!

Here was our exchange:

JASON: I love her more than all the cities.

ME: I love you more than all the grains of sand in the shoes that you dump out in the house. Come here, Jason.

JASON: You know how much I love you? I love you more than all the hair in peoples’ heads!

Later that morning I entered Connie’s guesthouse for our hypnotherapy appointment. I was filled with sadness so it was a good time for me to be there. One of my favorite hypnotherapy concepts was, “Thoughts equal feelings.” Controlling my thoughts had a direct affect upon my mood. I often wrestled with the idea that I had the ability to control my thoughts. I always attempted to find thoughts that were helpful for me, rather than those filled with worry and doubt.

Connie could tell my mood was very serious. I shared with her about the anguish of listening to Jason’s voice. I had started having thoughts that I might become the person I was before – the walking zombie. I also ached from delving back into my grief, and there was still so much there. What was so great about getting my grief up and out? I said softly, “I’ve found my tears again, but how is that helpful for me? My son died eighteen years ago and I am still grieving. How can that be helpful for other people to hear? I feel like I shouldn’t even complain, there is so much worse grief around me!” 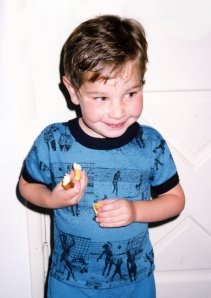 Connie mentioned to me that it has generally been unanimously expressed; the death of a child was one of the hardest blows for most humans to recover from. At that moment, I decided that even if a few people related to me; I would continue to write and share about grief. It would follow me for the rest of my life. I knew it would and that was a huge part of my sadness about my son’s death.

When it was time for hypnosis I was still confused about many of the things we had talked about, however I no longer felt sad or doubtful. I drifted off quite easily into the calmness of hypnosis. It was possible that I was even asleep. I heard her voice, but it was very, far away.  I listened carefully and I heard her say, “You’ve told me that you love to use metaphors. Can you find a metaphor or an image to describe how you see your life?

I couldn’t at that moment. I was inside of a cave. It was very dark. I spoke slowly and said, “I have no idea what words to use. I am in a dark, dark cave. I have no idea how I can write about where my life is going right now. It looks depressing with my parents aging.” I was very relaxed in that dark place as I waited for an image to come to me. Suddenly, there was a burst of light! It was blinding to go from darkness into a white sky. It was freezing and the sky was filled with clouds. I was on a hang glider high above a panoramic vista. I was soaring at record speed, but it was not exhilarating because I was terrified.

“Okay, the metaphors are coming to me . . . I’m flying a hang glider, but I can’t appreciate any of the beauty around me! I’m terrified, because I don’t even know how I came to be on this glider. I have no memories at all; I’m a glider pilot with zero experience. I have no idea what I’m supposed to do or where I’m going. I don’t even know how I will land this thing, since I’ve never flown one. I might crash!”

The images continued. I told her that gradually I conquered my fear and began to pilot the glider. Despite my extreme terror I even managed to land it. Although it was difficult, I survived. When I celebrated my survival, I realized that the beautiful views I thought I had missed were clearly in my memory after all!

I told Connie the thing that I noticed most was that I was alone. I said to her, “Even with the accomplishment of learning to fly, I felt so lonely on that hang glider. But, then I remembered something. Even though I was alone up there and trying to figure out how to fly, I saw all these other gliders flying around me. I had to be careful not to crash into anyone! You know what, a whole bunch of those gliders started following me. I became their leader! They landed behind me!”

I bemoaned to her, “Why do I see myself as their leader? I wish someone could have led me to safety when I was so terrified.” Connie was thoughtful and then she said, “Could you add two words to your statement? Add the words: I wonder.”

I pondered the two words, “I wonder.” It certainly sounded more upbeat to say, “I wonder why I see myself as a leader.“ I told her that the word wonder held two meanings for me. One meaning was that of questioning. Then there was the meaning of wonder as in awe. I said, “You know the word wonderful, means full of awe and wonder!” I decided to name the story about my experience, “The Wonderful Metaphors in my life.” My metaphor of flying on a hang glider represented how I felt navigating through life. 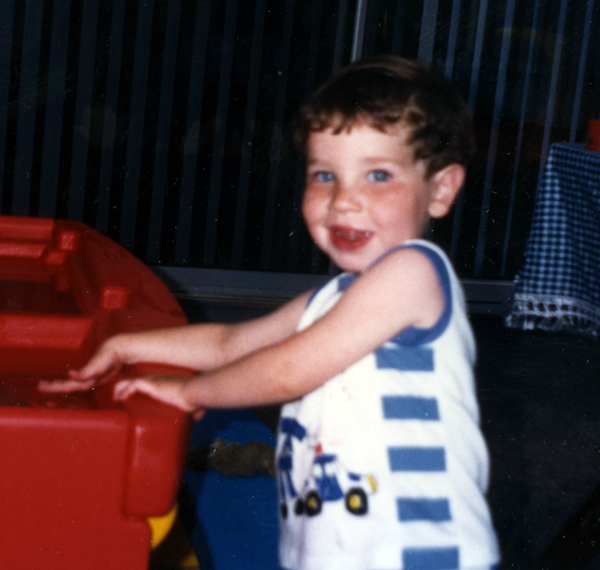 “I was never alone”

After seeing Connie, I also felt wonderful again. I walked to my car. The sky was filled with clouds; almost the same way it had been when I imagined I was on that glider. I looked up into the many shades of white and gray. As I examined the overlapping clouds, another vision came over me.

I was once again back flying on that glider and desperately trying to figure out how to fly it instead of crashing. I was alone. Actually, I had thought I was alone. Suddenly, I had a revelation so huge that tears filled my eyes. It came to me.

In my vision, I glanced behind me because I had thought I heard a rustle of wings. I turned around to see an angel! There was my freckle-faced five-year-old son, Jason. He was smiling. He was comforting. He was there to help me.

I was never alone 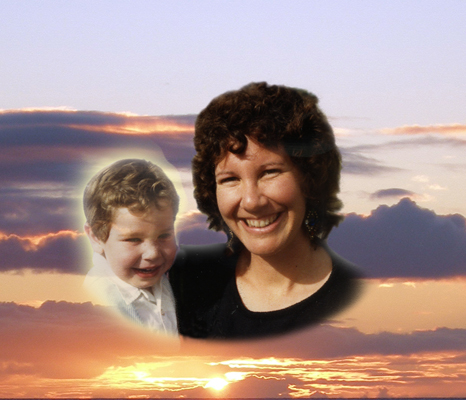 He’s always with me.

I'm an illustrator by profession. At this juncture in my life, I am pursuing my dream of writing and composing music. Every day of my life is precious!
View all posts by Judy →
This entry was posted in Healing and Hope and tagged child's death, childhood friendship, compassionate friends, creativity, death, death of a child, Friendship, grief, grief bereavement "Loss of a Child", GRIEF RELATED, Hypnotherapy, inspiration, loss, lyric writing, overcoming grief, writing. Bookmark the permalink.

4 Responses to THE WONDERFUL METAPHORS IN MY LIFE – PART 1