YOU FOUND A WAY

I’m working on an illustration that will go on a yogurt label for Tillamook. I had to “fig”ure out how to paint a sliced fig since I’d never illustrated one. I found a way!

I am now well into my fifth year on my “journey of insight” that began in 2012 with this blog. I love sharing about my journey. Even the most challenging pathways have held beautiful surprises for me.

Music is my passion, but being an artist has been my identity for all of my life. There was a time when I had given up on my art career; I blamed computers for making my paintings obsolete. Thankfully, I taught myself how to utilize a computer for illustrating and that changed everything.

I don’t actively advertise my illustration services. Years ago, I used to have several art agents in major cities contacting me with projects on a regular basis. I learned recently that staying in touch with former clients has a lot of benefits.

When I hadn’t gotten a job for two months, I decided to email a few art directors to “say hello” and remind them I was available for work. All of them wrote back such nice messages to me. One art director shared printed examples of the packages I had created for Karen’s Naturals.

Another art director wrote me the following sweet message:

“Did I ever tell you that we won a package design award for Wallaby Kefir (with your illustrations on vanilla, strawberry and blueberry) in the prestigious Graphis Design Annual 2016?”

But the message that really got me excited was this one:

Hi Judy, I was forwarded your recent email and want to introduce myself. I am working as the account and project manager for Tillamook these days and your note comes at a good time. We are working on a refresh of the yogurt line and need your help on updating your existing illustrations and creating some new ones. Hopefully you will have some availability in the coming summer months and will be able to work with us.

Of course, I had availability for my favorite client, Tillamook! Two days ago, the last of my group of 21 new and revised illustrations were approved.

Now I’m going to write about my personal life; I share a story about a recent outing with my 22-year-old daughter.

Normally we saw each other once a week, but she had been gone on a trip with her boyfriend the week before. Her work schedule was very busy, so I told her I’d come out her way to save her time.

From the moment she got into my car, she was very loving. I was grateful to spend that time with her. I thought that perhaps working on my artwork had isolated me too much because  I found myself teary a lot of the time.

I know that some of my tears were related to how much I missed my own mother who died over two years ago. The outings and interactions were a complete role reversal – but the love and adoration were the same. It was very beautiful for me.

My daughter suggested we visit a new organic market that had opened near her apartment. She said a friend had told her the food was really good at an adjoining café.

We walked together through the market and I became excited when we passed the refrigerated section and I saw a row of Wallaby Yogurt containers. I told her that those labels with my illustrations had won an award and she took a picture of me holding one.

To this day, I’m very grateful for the flexible schedule I’ve had as an illustrator. Having a career at home allowed me to stay very close with my children and still does.

My children required a lot of my energy growing up. My first-born son, Jason had medical issues and my other children had learning issues. I was their advocate on an almost full-time basis for many years; that was in addition to being an illustrator.

I worked on art projects a week after Jason died. I had to cover my paintings because tears would fall on them. And when my daughter was born 11 months after his death, there were even times when I used to nurse her while Illustrating.

“You found a way to ease my pain”

My post title is taken from my song “No Words.” You found a way to ease my pain relates to how the birth of my daughter helped to ease my grief.

Last week during our outing, she found another way to ease my pain.

We both enjoyed our healthy dinner at the vegan café that was next to the health food market. She asked me what I wanted to do next and I thought a walk would be lovely.

She agreed and directed me to a nearby park. The sun was a blinding as it edged closer to setting. As we got out of my car, she said, “Mommy, you need to wear some sunglasses.” I noticed the role reversal immediately; since that was something I would usually tell her.

I didn’t have my prescription ones with me, but found another pair. Because I couldn’t see as well, she held onto my arm to guide me around possible hazards. I used to do that with my own mother.

The sun was slowly setting now and the air temperature was soothing – it was a perfect summer evening. The park was crowded with families and children playing sports. I blinked my eyes and it didn’t seem that long ago when my daughter was playing ball and I was on the bleachers cheering her on.

Sometimes, I’ve felt like a huge chunk of my life has gone blank. My former “married life” seemed like it happened to someone else. The man who slept next to me for 31 years was a mystery; how was that possible? My heart was numb just thinking about him being the father to our children because he was quite distant from them now.

As dusk became twilight, my daughter and I strolled and talked about plans she had for the future. Her life was going well and I was so proud of her. She had a wonderful boyfriend and I was pleased that she was committed to keeping their communication open and honest.

I told her how different it had been for me. In my long marriage there was very little communication. Her father and I never had a fight or shared any of our true feelings.

It was now four years since I had left my husband after 31 years of marriage. After I announced my separation, my daughter was furious with me. Even though she knew I planned to leave, she was not prepared and felt I should have told her beforehand. My son knew and she didn’t; I didn’t think she’d ever forgive me for what I had done.

I moved out and it was a month before she joined me. For over a year, she hardly ever came out of her bedroom. She dropped out of community college and didn’t really have any prospects for a job. It was a terrible time for us – we were constantly fighting.

But somehow things turned around. It took love, patience and time. Now she was my superstar; independent, brave and smart.

She began to talk about how her life expanded after the divorce. Four years later, she had a very different perspective. She explained that although she was upset about our house being sold, moving out ended up becoming a pathway in life she was grateful for. I never expected to hear her say that.

Then she squeezed my hand and said, “Mommy, I’m glad you left. It took courage and I’m sorry for what you went through for so many years. I didn’t feel that way back then, but now I understand.”

I hugged her and together we walked back to my car. Tears were streaming down my face and I was glad she couldn’t see them in the darkness.

I had gone through a lot of stress and conflict with her when she was growing up. I was thankful so much was behind us now as her words echoed in my mind. 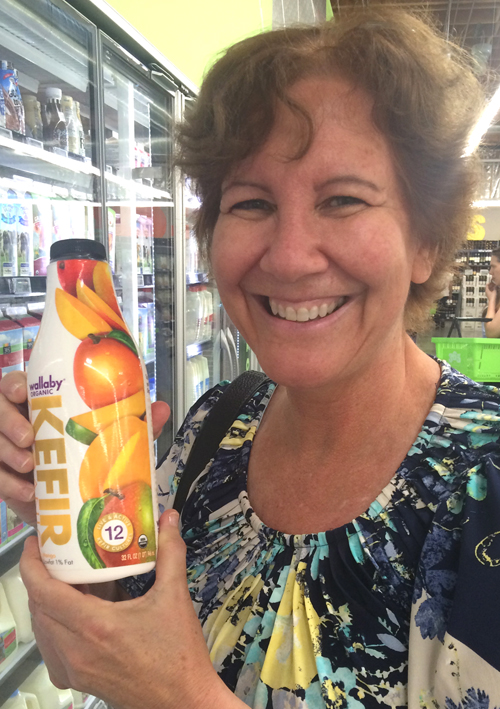 16 Responses to YOU FOUND A WAY