Link to other stories and recordings: YOU WERE THERE– 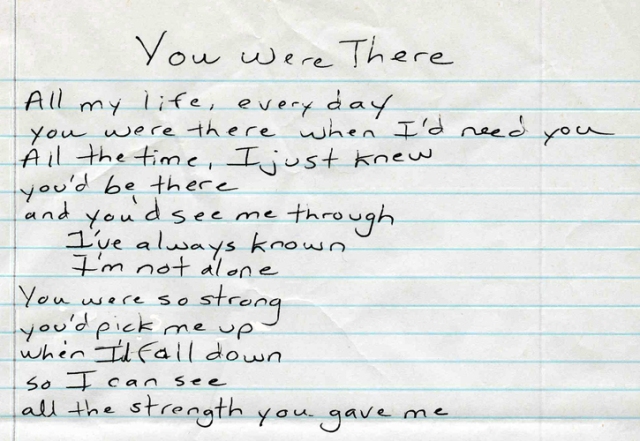 Last week, I forced myself to have lunch with a good friend. Our lunch was an opportunity to celebrate our birthdays, which was something we had already delayed by several months.

There was a lot of irony about seeing my friend, Janis. We each had lost our mother shortly before our birthday.

The day after my mother’s funeral in October, Janis called me to say her mother was very ill and had gone into the hospital.

Janis was a friend whom I felt very devoted to. We met over twenty years ago when my son, Jason was a playmate to her son in preschool. Janis was really there for me when Jason died and we have stayed friends ever since.

When Janis’s mother died six weeks after my mother, Janis called me and said she wanted to ask me a favor.

Her request was that I sing my song “You Were There” at her mother’s funeral service. I hung up the phone and felt overwhelmed. I couldn’t imagine a greater honor.

It was another coincidence that Janis’s mother was to be buried at the same cemetery. The funeral director took a double take when he saw me again so soon. The same Rabbi delivered her mother’s eulogy and did a beautiful job.

So only six weeks after burying my own mother, I was singing my song in the exact same funeral hall. I performed my song with great emotion. As I sang, I pictured my mother and the beautiful memories I had of her throughout my life. 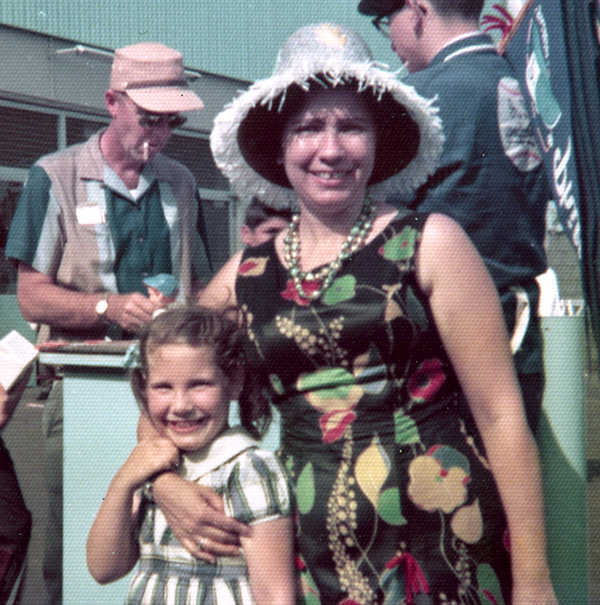 Janis and I hugged and sat down together to eat lunch at a lovely restaurant. I wore my sunglasses because my eyes hurt and were sensitive to light. But truly I was hiding behind those shades because I felt like crying.

As we both glanced at the menu, Janis shared with me that her mother’s death had deeply affected her. Most of the day she watched TV and did the bare minimum to get by. Over and over, we both rattled off all the ways we were grieving and trying to carry on with our lives despite the heaviness.

It was awful for us both to acknowledge that we weren’t feeling well emotionally. But for me, the truth was that I was elated to be with someone who understood my feelings.

Before saying goodbye, I invited Janis to my car so I could play my newest song arrangement for her. She was eager to hear it.

My car filled with the sweet notes of the arrangement. My voice quivered and I could barely sing my song. For many parts, I simply mouthed the words silently as tears flowed down my cheeks.

When the music ended, I opened my eyes and could see that Janis also was crying.

She said softly, “The line that always gets me the most is about being loved your whole life. What a gift that was.”

I hugged her goodbye.

As I drove home listening to my song I could feel my mother hugging me, too. 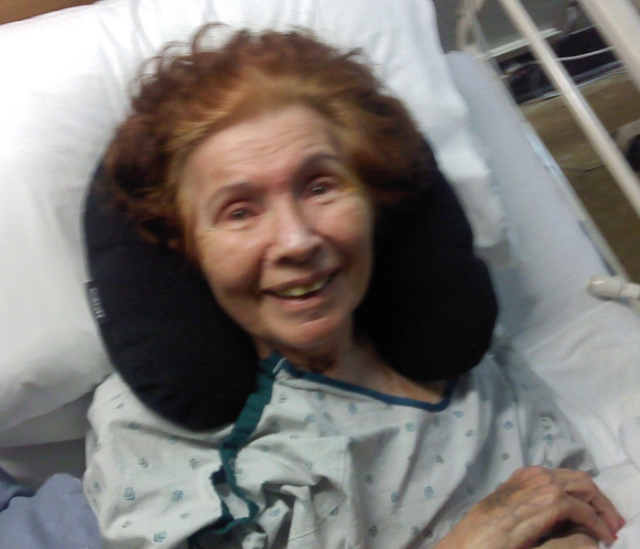 I'm an illustrator by profession. At this juncture in my life, I am pursuing my dream of writing and composing music. Every day of my life is precious!
View all posts by Judy →
This entry was posted in Uncategorized and tagged "sandwich generation", acoustic guitar, Aging Parents, Caregiving, composing, dementia, grief, GRIEF RELATED, guitar, hard to say goodbye, I picked you up, inspiration, Judy Unger, loss, loss of a mom, loss of a mother, love for a mother, lovesong, lyric development, lyric writing, lyrics, mother, mother daughter relationship, mother dying, mother's death, mother's illness, Mother's love, Music, original songs, singing, songwriting, tribute to my mother, tribute to parents, you picked me up when I fell down, You Were There. Bookmark the permalink.