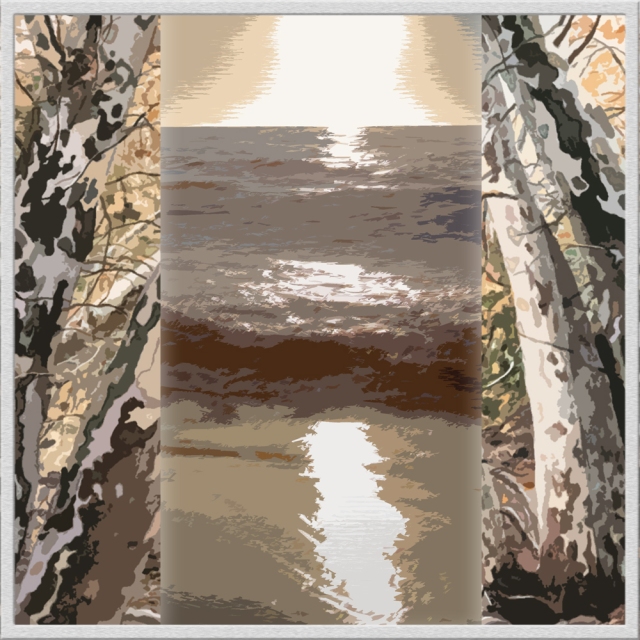 I really have played my guitar on countless shores. But I stopped for 30 years.

in quiet shade of sycamores

All my pain was overcome

by heart-torn lyric and a strum

When I was young

I wrote my song unsung

Experience, it felt so cold

but music was my friend

I lived wearing a blindfold

Yet with lyrics I didn’t pretend

Through the years, when life was hard

my heart became numb and scarred

All my joy had gone away

and with sadness I couldn’t play

I was still young

I left my song unsung

Loneliness had left a hole

for years I made no sound

‘til music came to soothe my soul

and to turn my life around

Dreams were fuel that kept me strong

My heart was healed because of song

I learned that I could sing and then

I found that I had faith inside

my songs returned; they had not died

And though I was no longer young

Look what my music had brung

I sang my song unsung

I sang my song unsung

Speaking about My Song Unsung-Kulak’s Woodshed 11/10/13

Transcription of audio excerpt above, taken from my recent performance at Kulak’s Woodshed on November 10th, 2013:

My songs are a musical of my life. I’m going to start out with the first song; it’s the most recent one that I’ve arranged.

Arranging songs is something that gives me so much pleasure. It’s an amazing experience after not doing music for 30 years to hear the seeds that I started when I was young, grow into these beautiful compositions.

So the song I’m going to sing now is something I wrote when I was 17. It was named “This Song Unsung.” And like many of my songs it had prophetic lyrics such as, “I lived wearing a blindfold.” That was something that for many years I did do. How would I know that when I was 17? I guess I started young.

When I wrote the song, it was very short and romantic. Then in 2010 when I first began to rediscover my songs, I added to it with a very hopeful message of continuing to follow that romance with my marriage and turning my life into a love song. But it didn’t happen, unfortunately. So I had to rewrite my song and I decided to just tell my story with it.

This is a watercolor painting I did while in college of sycamore trees. I used it as part of a memorial for my dead child, Jason, so it carries a lot of meaning for me.

A few months ago my arranger, George, told me that he would no longer create instrumentals anymore with me. At first, I was devastated. But he explained that it drained his creative energy to follow my predetermined melody. He only wanted to arrange songs and he was forcing me to go in that direction.

He said, “Jude, instrumentals are a copout. Use your voice! It brings much more to a song than an instrumental melody line.”

So I continued working with George to create new versions of older arrangements instead. I accepted his decision and appreciated those new creations that I might not have done otherwise. I was still inspired and soothed, but it certainly didn’t compare to composing new music.

For some reason though, I couldn’t compose anything new. My last song was named “Somewhere I Can’t See.” Ironically, I was still living through that song and could not move forward.

It was clear to me that I was definitely suffering from a creative block without any new music to help me. The IV to my soul was pulled out as I coped with stressors in my life.

Music was my medicine. There was nothing in the world like creating and birthing a new song.

I saw it as a gift from God, whenever a song came into my life.

In 2011, I was playing my guitar again in the shade of sycamores.

I came into George’s guesthouse and announced that I wished I could arrange a very old song I had composed when I was 17. But I didn’t think I was ready to.

The song was named “This Song Unsung.” I wrote it as a romantic ballad 36 years earlier and it was rather short and undeveloped. But the chords were beautiful.

Three years earlier, I revised the lyrics and renamed the song, “Her Song Unsung.” George had arranged it with a drum track that I didn’t care for. The revised lyrics carried a hopeful and upbeat message. It was that as a result of music I found joy and my marriage was revitalized.

“Her Song Unsung” ended with the line that “her life became her love song.”

Unfortunately that hadn’t happened. I had separated from my husband and could not sing those lyrics anymore. The song was left unsung.

Now I wanted to create a new arrangement with a different sound. But for over a year, no new lyrics came to inspire me. I wanted to get away from lyrics in third person, just as I had with Music From Her Heart.

I told George that I was about to give up on this particular “song seed.”

George’s eyes were bright with excitement. He said, “Jude, it doesn’t matter that you don’t have lyrics. Let’s work with what you do have and it will develop.”

He began by playing a few chords on his piano. The new chords were haunting and touched me. Suddenly, the healing property of music began to infuse my soul with excitement.

Then he said, “On each chorus you should repeat the line “my song unsung.” I loved his suggestion and was completely inspired again.

I started to write new lyrics as George began recording the instrument tracks. I read the new lyrics aloud to him and asked for his feedback. The hardest part was to find gentle words to tell my story. There really was no gentle way to explain that I had left my husband because of music.

Late at night, it came to me. I decided to eliminate the romantic lines and love story completely.

My Song Unsung was about the fact that I didn’t sing from the time I was twenty until the age of fifty-four. Singing my song again after so many years was such a beautiful thing.

Once again, the prophecy of my song amazed me. Why had I named it this song unsung?

Could I have ever imagined as a young girl that I would sing this song again when I was 54?

Below is a link to the story and recording of “Her Song Unsung.” My voice has considerably improved since that time.

STORY ABOUT HER SONG UNSUNG

And I share my cassette recording of “This Song Unsung” from 1980:

THIS SONG UNSUNG-Recording from 1980 by Judy Unger

This picture is from my very first solo performance at Kulak’s Woodshed last week.

I'm an illustrator by profession. At this juncture in my life, I am pursuing my dream of writing and composing music. Every day of my life is precious!
View all posts by Judy →
This entry was posted in Uncategorized and tagged acoustic guitar, arranging music, composing, composing music, coping with divorce, creativity, escape through music, guitar, healing music, Her Song Unsung, inspiration, lovesong, lyric development, lyric writing, lyrics, Music, music and healing, music arrangements, music as therapy, My Song Unsung, original songs, performing, Rediscovering music, singing, Song Unsung, songwriting, This Song Unsung. Bookmark the permalink.

5 Responses to MY SONG UNSUNG-PART 1