I knew my mother had clearly “turned.” But I preferred to pretend otherwise.

I visited her as I usually did on Saturday and brought lunch for Miriam and I. Miriam was upbeat and said my mother had been fairly alert in the morning. But all through our lunch, my mother slept with her body slumped forward in her wheelchair. I wished she knew I was there, because I knew she often missed me when she didn’t see me.

The next day was a beautiful Sunday morning. I woke up early and decided to go visit her again. Perhaps she would be awake and aware of my presence this time.

I wiped away a few tears as I placed a picture at my mom’s bedside. 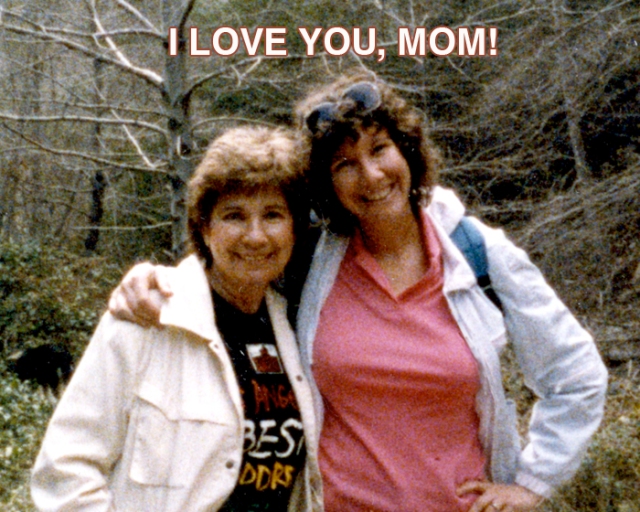 I sat next to her while she slept for an hour. She looked exactly like my father when he was dying in his nursing home bed a year earlier. It was uncanny. Her open mouth and labored breathing brought back memories of my father’s “death rattle,” which I had tried hard to forget.

A nurse I recognized walked by and rubbed my shoulder. Then she sweetly said, “Go home, honey.”

Her hug was warm and firm. We began talking and she asked me how many children I had.

Normally, I said three. But on this day I said, “Four.”

When she asked me how old my children were, it led me to mention Jason who had died at the age of five.

I included mentioning Jason to honor his memory. It turned out that this particular day was the anniversary of his death, because he died on October 6, 1992.

The nurse encouraged me once again to leave. I stood up. She said, “You sure were close with your mom.”

I glanced again at my mother who was slipping toward death. I remembered how much she had suffered with me after Jason died. I wasn’t sure how I survived, but certainly the support of both my parents helped me tremendously.

I said to the nurse, “Did you know my mom dropped out of college to help me with my sick child? She needed only one more class to graduate. She never went back to finish and for five years she was devoted to helping me with Jason.”

I heard my mother moan softly as I said those words.

Staying positive was something I put all of my energy toward. I had been working on a large illustration assignment and it was almost done. That Sunday, I came home from the nursing home to finish the last group of illustrations. It was a relief to finish the project.

That evening, I called again to check on my mom and nothing had changed. She continued to sleep.

And so, another anniversary of Jason’s death had gone by.

I was relieved. I was sad about my mother, but felt peaceful remembering Jason.

Twenty-one years ago, I faced the most heartbreaking moment of my life when I saw my beautiful five-year-old son dead.

I did not feel any pain or sadness about losing him anymore.

I received a few messages from friends who were thinking of me. One close friend who also lost a son in the fall wrote:

As you know I always dread this time of year because of his birthday and anniversary of his death. After all these years the pain never really gets easier does it?

I feel like I am diverging in regards to my grief over Jason’s death. I actually welcomed the fall breezes this year and my heart felt light whenever I thought of him. My pain has melted away. I really do believe that I’ve healed.

I have memories of pain and trauma – those haven’t gone away. But feeling peaceful and accepting is wonderful. I have many other forms of pain in my life and my challenge is to apply this peacefulness to all those things.

Writing and music has helped me so much. I will think of you because I have so much compassion for the pain of grief that I carried for so many years. I pray it will get easier for you someday. 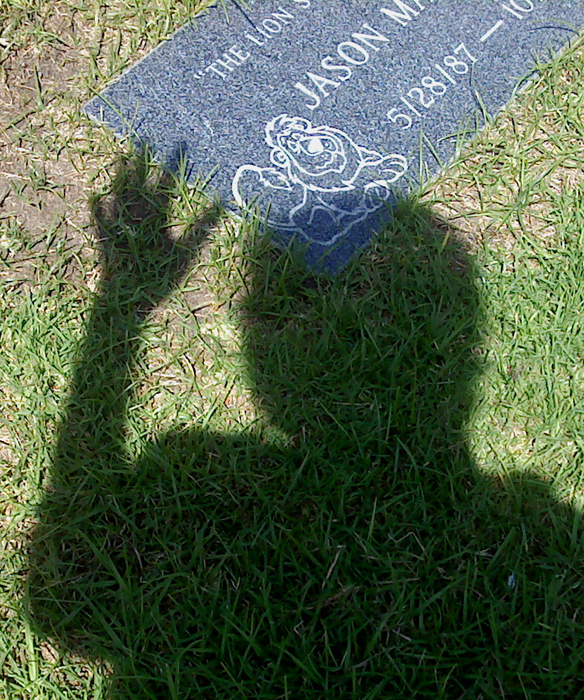 “It feels so dark, the sky is gray”

In less than a week it would be my birthday. The weather had changed and today it had rained. I wore sandals and felt chilled; inside I was also emotionally numb. My day had been very difficult.

I tried to push away thoughts of how ironic it would be if my mother died on my birthday. Originally, I had deflected making plans with friends who wanted to take me out. A week earlier, I was too overwhelmed to think about it while I was working on a large illustration assignment.

But now there was my mother’s illness to consider. I decided to make plans because I knew it would be good for me. 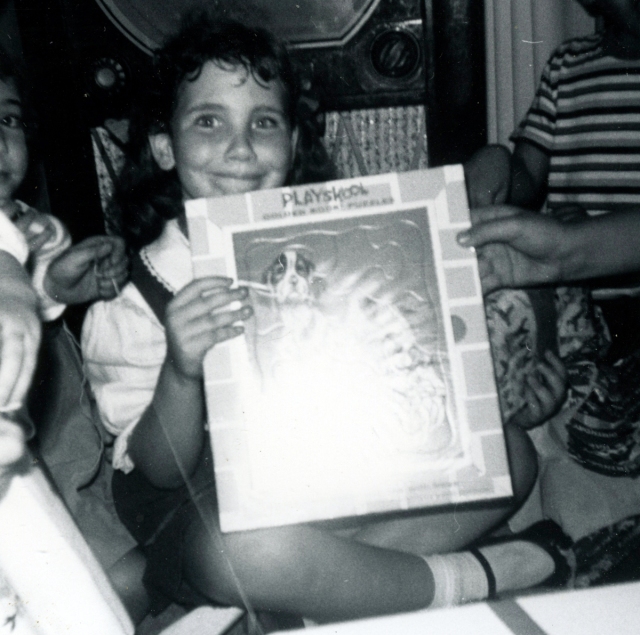 A birthday party from long ago.

It was hard for me to concentrate. My day was a blur and I sat at my computer thinking about my mother fighting to stay alive. I saw an email from a good friend. She wanted me to mark down a date that was several weeks away to celebrate my birthday.

Her message was a ray of sunshine.

I love you dearly and now I will have something bright to look forward to in my darkness.

Darkness doesn’t sound good.  What is happening with your mom?  I am imagining the worst.

I’m writing about it now, but I think I should be writing her eulogy. I cannot bear to watch as she gurgles to breathe. It’s a horror.

It could be any time or it could take her 2 weeks to die. Today, I had to choose between morphine and an antibiotic. It was a hard decision.

I'm an illustrator by profession. At this juncture in my life, I am pursuing my dream of writing and composing music. Every day of my life is precious!
View all posts by Judy →
This entry was posted in Uncategorized and tagged Aging Parents, Caregiving, child's death, composing, death, death of a child, dementia, grief, grief bereavement "Loss of a Child", GRIEF RELATED, Hang On, loss, loss of a mom, loss of a mother, lyric development, lyric writing, lyrics, mother, mother daughter relationship, mother dying, mother tribute, mother's illness, original songs, songwriting, tribute to my mother, writing. Bookmark the permalink.

3 Responses to IT FEELS SO DARK – PART 3