YOU CAN’T STAY AND SOON YOU’LL BE GONE 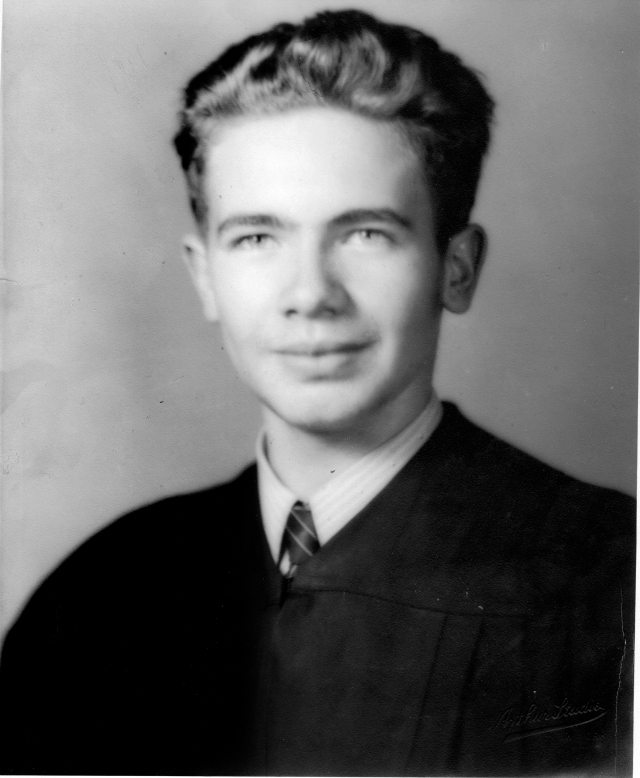 E-mail updates regarding my father: (most recent on top):

I wasn’t sure what I’d write for this update. I know many of you are wondering what is going on, so I will share with you that not much has changed since yesterday.

My father seems comfortable and appears to be sleeping. He snores, yawns, coughs and twitches – but is otherwise very unresponsive. I speak to him and imagine he can hear me. We have gotten quite close this past year and there is nothing for me to tell him that he doesn’t already know. I’ve always lived with the concept that each day could be our last, so I expressed my love and feelings to him all the time. That makes this much easier for me.

Per his wishes, I signed up for hospice so that there will be no intervention. He will get pain medication on his tongue and his comfort will be maintained. Without added fluids, this process of leaving our earth could take up to five days.

I know my father would be pleased with this course. My brothers are in complete agreement with me.

I am praying that his suffering on this earth will be over quickly and as painlessly as possible. I think my father is the most courageous person I’ve ever known.

I am not weeping or feeling tearful at the moment. I am wondering how to explain this. Perhaps it is because I have watched my father suffer so much the past few months. I am feeling relief.

Since today was my father’s birthday, I would like to think he had the best party he could have imagined. My brothers and I spoke to him all morning at his bedside. I cannot imagine anything he would have loved more than that.

I am praying that his suffering on this earth will be over quickly and as painlessly as possible. I think my father is the most courageous person I’ve ever known.

With much love, Judy 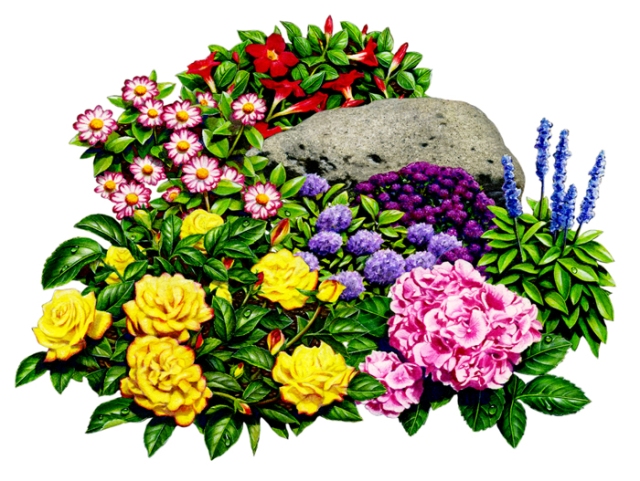 The granite rock I can easily picture in my garden. The things in my life that could get me down, I consider my fertilizer.

This was written a few days ago:

I had finally finished my song Retreat and had spent an extraordinary amount of energy into creating the arrangement for it, far more than I had on any of my other songs. I never wanted something to become so “crafted” that it lost the emotion, and that concerned me. The beauty of my song spoke to me on so many levels.

The lyrics of “At those times, I’d wish you were there and then you’d appear,” were very mysterious for me. Who was appearing? Originally, I thought it might have been Cheryl. But her visits were sparse and seldom, and although I often thought of her, it wasn’t something I could reliably count on to lift me up when I was retreating.

Then, it dawned on me that it was my music I could always count on!

That revelation really did fit with my lyrics. I was surrounded by challenges in my life. The comfort of music allowed me to continue smiling. I was not dancing around with joy, but I knew it was temporary. I looked forward to a brighter future.

I shared all of these feelings every week at my hypnotherapy session. My therapist, Connie, always found ways to help me stay positive. Through hypnosis, I discovered so many things that helped me. My subconscious held information for me that I often overlooked.

Last week, during the time I was having eyesight issues, we had a very interesting session. I arrived for that session relaxed despite my health concerns. The warmth of Connie’s hug was uplifting and reminded me of how blessed I was with many special people in my life. We talked and I found myself crying. I knew she was deeply concerned about me.

It was time for the hypnosis part of our session. As I drifted off into a hypnotic trance, Connie asked me to find an image that represented courage. I could not think of one. I saw something in my vision, but ignored it. I wanted to find something else – anything. But every possibility was blocked by a gray mass in front of me.  I relented and said, “I don’t see anything really. Okay, I do see something – it’s a rock.”

As soon as I said it, I knew why I had hesitated. It was so obvious. I had written a story about this. My story was about living life with the feeling that each day was precious; a gold coin versus a rock. A rock representing challenges and stress was nothing new.

Connie asked me to describe it. I said, “It’s gray and it appears to be a piece of granite.” I joked and said, “But, it doesn’t want to be taken for granite.”

My mind began filling with thoughts about the meaning of a rock very quickly. I became animated because I loved geology. As a child, I had rock collections galore and knew quite a bit about rocks. I explained to Connie more about the mass of gray granite I could clearly see. It was a metamorphic rock, brought about by tremendous pressure and that caused it to become far more powerful. The analogies to my life were unbelievable.

I said, “This rock is far underground; it is not volcanic, and I did not choose a rock that is created through an eruption. I did not choose a sedimentary rock either, which was created through layers upon layers of dirt building up. A metamorphic rock remains hidden, until it eventually comes to the surface of the earth. It is much stronger because of all the pressure.”

A metamorphic rock also fit as an analogy for my life of “transformation.” I often used “healed” as a sweeter substitution of that word. I really had the feeling that I was completely different from whom I used to be. I was a stranger in my own body.

I had wondered what properties of my rock represented courage.

Metamorphosis also applied to butterflies, and I decided that this period of time in my life was like being in a cocoon. My courage was about being ready to emerge. I planned to come out and fly. The image of myself getting up and flying from the edge of a precipice was something I had seen for a long time.

That amazed me, because the new song erupting was also about flying. 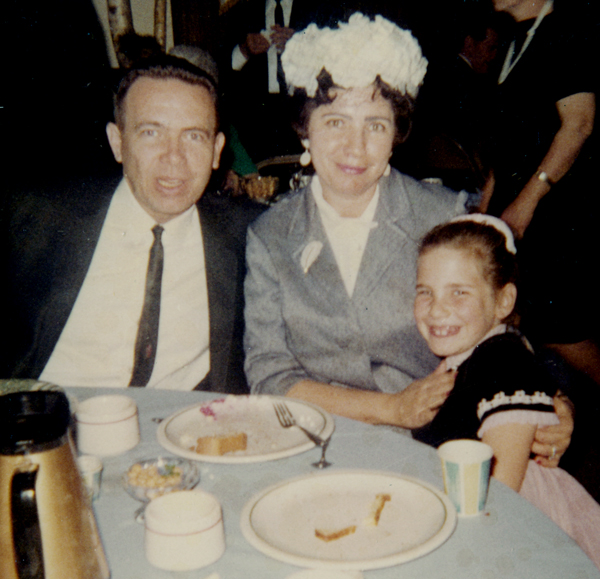 My father gave me this picture last week. I’m not sure how old I am in this picture, but I want to remember my parents this way. My father did cry when he gave it to me. He said, “Doesn’t your mother look spectacular?”

I'm an illustrator by profession. At this juncture in my life, I am pursuing my dream of writing and composing music. Every day of my life is precious!
View all posts by Judy →
This entry was posted in Uncategorized and tagged "sandwich generation", Aging Parents, Caregiving, composing, creativity, dealing with death, father's illness, grief, GRIEF RELATED, inspiration, loss. Bookmark the permalink.