YOU TRULY ARE MY BUTTERFLY 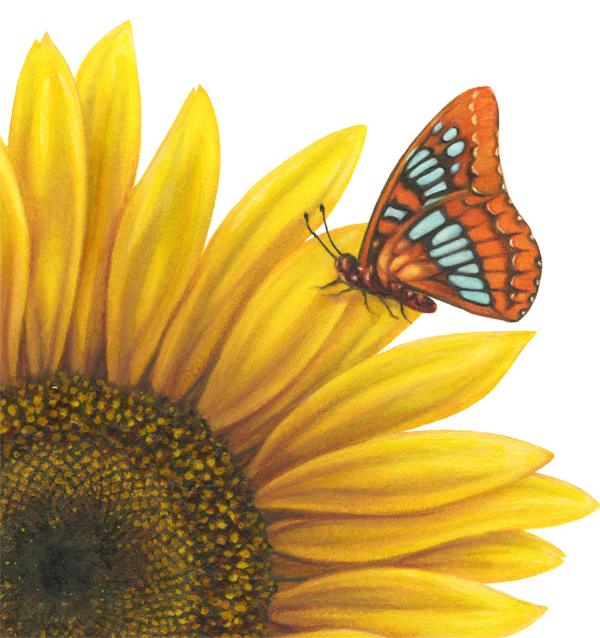 This is one of my illustrations that was used on a book cover. After twenty years of being lost, I received it back from Harper Publishing last week!

When I began my blog, there were many times when I wrote humorous stories about stressful situations in my life. A woman once told me, “Judy, your writing has me laughing and crying!”

Recently I recorded my song “Laughter and Tears” and that song is an excellent metaphor for my life.

Lately I search hard for laughter and have plenty of tears; I see irony with that because I suffer from dry eye syndrome. I do know that I am filled with deep emotion in my current life. For years I was numb and suppressed my feelings and I realize that it was my way of coping with deep unhappiness.

When my son Jason died in 1992, it was my surviving children that became my focus and kept me from succumbing to my grief. I wrote a song named “No Words” for them and recently started creating a new arrangement for it. Once again, the music held magic for me. The words that came from my heart to describe what it meant when my children were born still touch me today.

This is a link to my story about the song I wrote for my children: NO WORDS

On my last post, I shared a picture with my daughter and wrote that she “truly is my butterfly.” Those are lyrics from my song “No Words.” I no longer see my children as a means of healing my broken heart. I want to see them fly like butterflies! Their transformation has been gradual but tremendous.

My 17-year-old youngest son loves his school and participates in many wonderful extra-curricular activities. Shortly after I moved out in 2012, he was accepted into a new school that was close to my parents’ old coop. It was one of the reasons why I moved there. His relaxed and happy nature fills our apartment with great energy. But his consumption of food keeps me busy shopping!

Recently his life has been like a fairytale. He participated with three classmates and they entered their science fair project into a contest sponsored by NASA Aerospace Corporation. His team became one of the top five finalists; this was out of the entire United States. His story is even more beautiful considering that his school is for children with learning disabilities; obviously this was not a major hurdle since they were picked over thousands of schools.

NASA paid for my son and his classmates to fly to Washington DC so they could be there when the winners were announced. Even though his team wasn’t #1, he was definitely a winner from the entire experience. This trip would always be a highlight in his life.

My 23-year-old son has also been thriving. When he first moved in with me, he was suffering from depression and anxiety; he was deeply discouraged as he searched for any kind of job after graduating from college. Since my daughter moved out, he doesn’t sleep in my living room anymore.

I encouraged him to enroll in a tax preparation course. I was quite proud to see how serious he was about it. With his worried nature, he constantly told me he would fail. But he didn’t, and the same company hired him where he took his tax course.

It seems that he has found the career he wants, in no small part due to my older brother’s encouragement. My brother, Norm is a CPA and has always said he would love a family member to take over his practice someday. My son is back in school pursing an accounting degree and seems much happier than he was last year.

This picture of me with Norm was taken a few weeks ago.

Soon it will be two years since my father died. Seeing my two brothers together in this old picture above makes me wistful. Unfortunately, I was not able to fix their relationship and they no longer communicate with each other. But I am in touch with both of them.

And lastly, my 20-year-old daughter was promoted at the restaurant where she has worked for over a year. As a server, she is thrilled with the amount of money she is now getting due to tips. This has been such a beautiful change after all of the recent turmoil she went through – a cut near her eye at work and a minor car accident.

For Mother’s Day, I’m going with my two boys to be served by her where she works. Nothing could make me prouder.

Since she moved out last February, we’ve been getting along so much better. The irritability that often bounced between us is gone. Because my daughter is also a songwriter, it’s a wonderful feeling when she lets me share music with her.

She came over for a visit a few weeks ago and while hanging out with me, she gave me a strumming lesson. (I am definitely far more adept at fingerpicking than strumming.) She is the opposite and has a talent for strumming. It was such a pleasure to receive instructions from her. She said, “Mommy, do you hear the difference? It sounds so much better! Don’t forget – down, up, down, up – up, down, up!”

I kept trying and stumbling. But inside I was dancing. 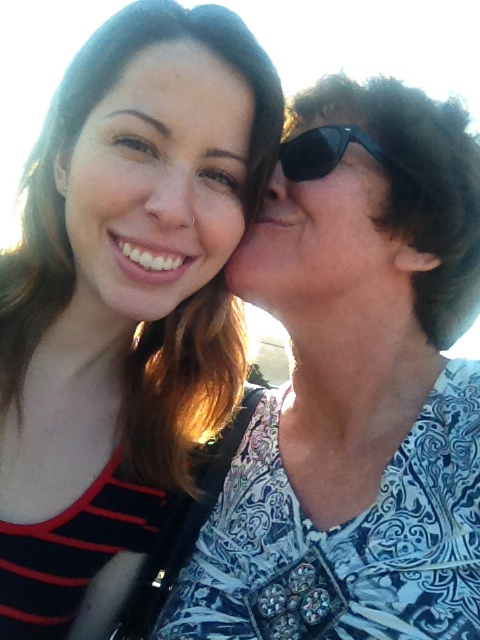 On the day my daughter visited, my sons were hungry and kept asking when we would be eating dinner. After my strumming lesson, I put away my guitar and went into the kitchen to check my refrigerator. I pulled out item after item and soon my kitchen counter was covered with food.

All of my children ate different things. I passed out their favorite food items while beaming. I treasured them and it was a wonderful moment.

I slipped away for a moment to use the bathroom. With a smile on my face I sat down and then I landed in the toilet bowl with a splash!

I just sat there and was completely annoyed. It was not a great feeling.

I wiped myself off and came out of the bathroom. I wasn’t smiling. I said to my sons, “How many times do I need to remind you to please put the toilet seat down? I just fell in!”

But now, all three of my large children were laughing hysterically. I just didn’t find it as funny as they did. Both my sons were very half-hearted when they told me they would try harder to remember. And then an upsetting discussion began.

My oldest son said, “Mom, I do try to remember – but it’s not that hard to put the seat down yourself.”

My youngest son guffawed and said, “Can’t you just look before you sit down? That would help!”

I explained to both of them that this was the proper thing to do for a woman.

Then my youngest son said, “Mom, I honestly think it is ridiculous. I know I have to do this because you are the queen of this castle. I get that. But why should men do this? I believe in equality and you don’t deserve special treatment just because you’re a woman.”

That upset me. I told my son that by being a gentleman – he would certainly be more attractive to women.

He responded with, “Mom, next thing I know you’ll tell me I have to open doors! It’s the same thing. I will do what I have to in order to get a woman – but I don’t plan to stay that way! There simply is no way that a woman deserves for me to go out of my way based on her sex.”

I pointed out to my son that if two men weren’t living with me – I wouldn’t encounter this. In public restrooms the seats were down.

My youngest son laughed and said, “Oh, mom! That’s because you go into a public restroom where women go. If you went into the men’s room you’d see it’s not that way!

I decided at that moment that both my son’s were little dragons. If they were butterflies, I would have swatted them. I sighed; it looked like I would have to find another way to get what I wanted.

A week later I put up a sign. It didn’t work well because it was on the wall behind them. I created a simpler one they would see in front of them. They’re remembering 50% of the time now.

I received this beautiful bouquet from my former housekeeper Rosa and her daughters. I was surprised by a knock on the door and all six of Rosa’s grandchildren came in to hug me (I always try to remember all of their birthdays). It was definitely a special moment! Today is my first Mother’s Day with my mother gone.

I'm an illustrator by profession. At this juncture in my life, I am pursuing my dream of writing and composing music. Every day of my life is precious!
View all posts by Judy →
This entry was posted in Uncategorized and tagged butterflies, butterfly, children, children becoming independent, compassionate friends, grief bereavement "Loss of a Child", GRIEF RELATED, guitar, having children after loss, Humor, humor children, humor daily life, inspiration, lovesong, lyrics, Music, No Words, No words for you, Ordinary Life, original songs, parenting, performing, rainbow baby, singing, songwriting, subsequent child after loss, subsequent children, sunflower, Toilet seat left up, youngest son. Bookmark the permalink.

2 Responses to YOU TRULY ARE MY BUTTERFLY