SCALES IN MY LIFE 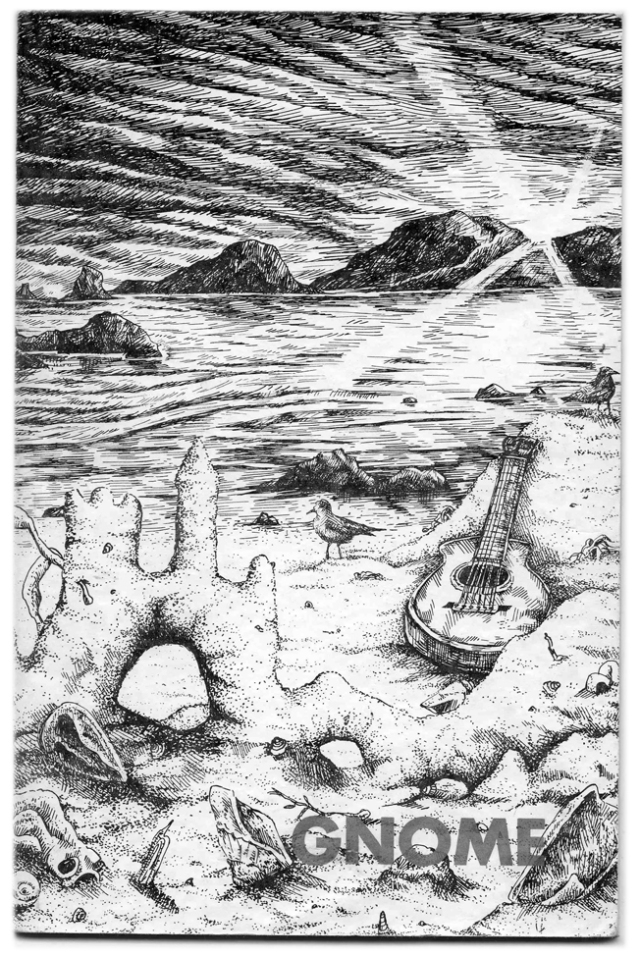 My drawing on the cover of a creative writing journal called the Gnome in Junior High.

I am captivated by music at every waking moment. I hear new lyrics, bridges and riffs for some of my songs. I am listening to my recordings and striving to improve my singing throughout the day. My lower voice has become a huge improvement, and that has freed me. Changing the chord structure to my song ended up becoming more exciting and beautiful.

When I wear my new clothes on my new body, I feel like I’m bursting with joy.

I am erasing my doubts with the realization that aside from an illness, nothing is going to stop me from my creative pursuits at this time in my life. I will totally make sacrifices to allow myself to continue this renaissance I’m having.

I love writing for my blog. When I am writing, I feel like I am with a close friend. It soothes the ache in my soul. Recently, music has been soothing me too. I can actually feel the ache physically, and as I play music or write, it ebbs away.

Sharing has helped me. Just as I am a transparent watercolorist, and a transparent singer, I have become a transparent writer. There are very few secrets. As I have released my trauma through writing, many more things have come up for me. The whole process has me filled with wonder and amazement. 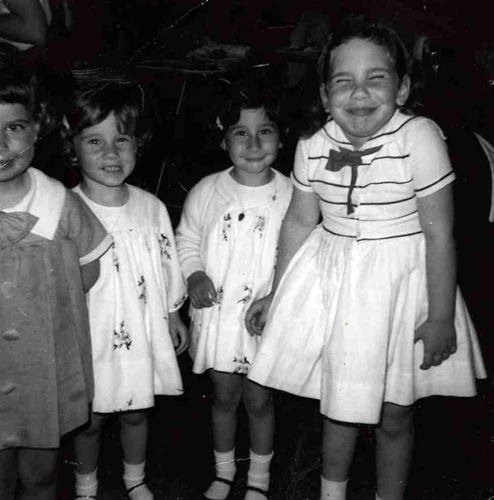 Here I am on the right with my cousins. Why am I doing that? I didn’t have a lot on my shoulders back then. I know! It’s because I HATED BEING DRESSED UP! 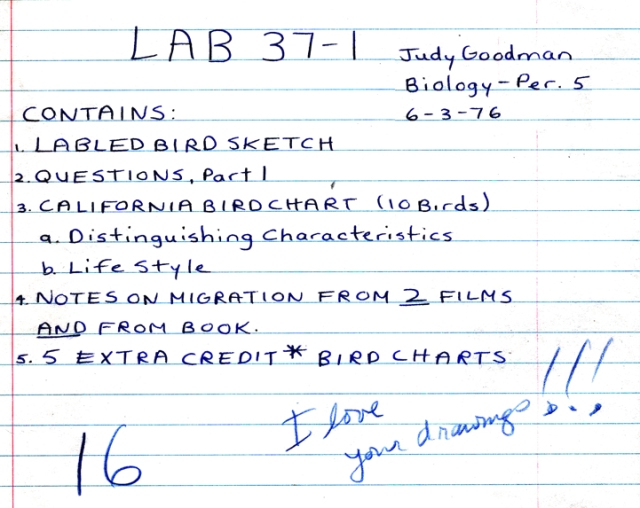 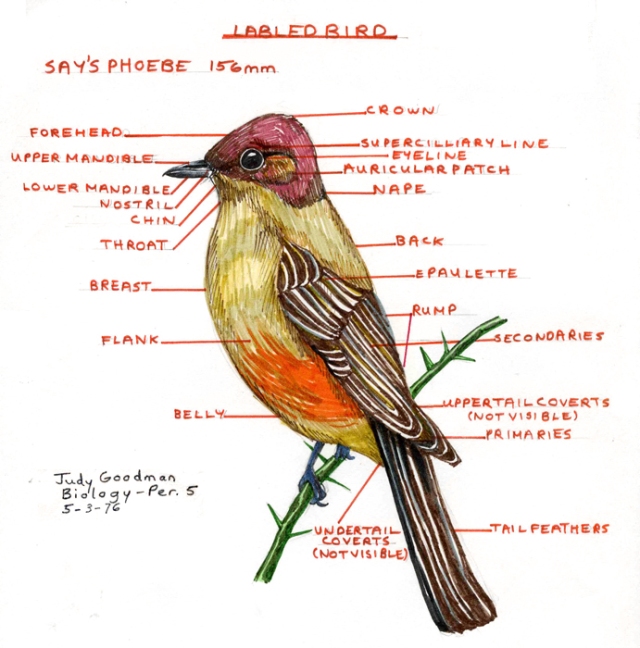 My sketch for a biology class assignment when i was 16.

I loved to climb!

I love my title for this post. Scales refers to many aspects of my life. There are music scales, scales for weighing, and lizard scales. The part about lizards goes right to embarrassing information that no one in this world would ever imagine I would share about myself.

I grew up with a fascination for living creatures. There was a time when I seriously considered being a biologist. In high school, I loved illustrating my biology class notes. It was no accident that I was fascinated; it started when I was very young.

I wrote somewhere earlier on, about the fact that I was a grasshopper torturer. It wasn’t on purpose; I just used to enjoy playing with them. And then their pesky legs would fall off!

I did learn not to handle one of those fuzzy bumblebees. One time, I found a disabled one that was lumbering along the ground; it was so cute. When it stung me I had to kill it! 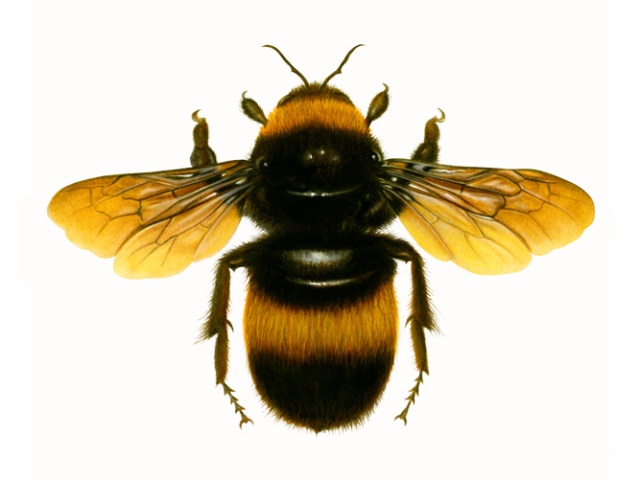 One of my illustrations of a honey bee.

As I got older, I began to become very attached to praying mantises. I loved watching them catch their prey. I would keep my little mantis pets in a clear shoebox, and search to find prey for them to feed on. I would watch them tear the wings off the fly they were eating; it was such a methodical ritual and it was my entertainment.

The most fascinating creature for me was the garden spider. Their webs were truly fantastic! I would marvel in amazement at the work of the spiders in our garden. I was already very adept at catching flies with a little medicine bottle. I used the same technique to catch them for my praying mantis pets. Once I captured the fly, I would shake the bottle. The poor fly would still be alive, but quite stunned. I would dump that fly into the spider’s web and the spider would go to work. Within seconds the fly was mummified in a web casing and its insides were sucked out!

I never got tired of watching these true-to-life, nature shows. I have to admit; one time I wondered which insect would win; the mantis or the spider. I put the mantis in the spider web to see what would happen.

I was a serial insect murderer – I confess! I don’t remember exactly who won that battle, but I think it was the spider.

When parents say their kids are in trouble using the web, well that applied to me way back then! I don’t have to put a “spin” on this story.

I can hardly believe this memory; I had a boyfriend in high school that was willing to go and catch spiders with me. We climbed through a miniature golf course at night and brought home at least twenty, huge spiders. I can’t believe I did something that outrageous on a date.

I am still captivated by living creatures and often stop to examine the intricacy of a spider’s web. I loved illustrating butterflies from actual specimens, and am planning to write more about that story.

Searching out living creatures caused me to wander and explore. Because of this, I gave my parents a lot of fright and worry while growing up. I used to swim so far out in the ocean, that my mother would send a lifeguard out to get me. I was an adventurer and loving climbing hills and hiking off into danger. My neighbor and good friend, Joni, often joined me on my adventures.

Climbing with my friend Joni.

Once, when Joni was attending a day camp with me, I told her we should go on an exploration hike. Unfortunately, no one knew where we had gone. When we returned both of us were in a lot of trouble!

Now is the time to mention the other kind of scales in my life; they are the kind that are on lizards! I was a lizard lover. I had a turtle and a tortoise – but lizards were my absolute favorite, reptilian pets. It all started with “Lizzie.”

Our family often went on outings to Griffith Park, and my mother and father would be yelling at me to come back when I was off climbing. I found Lizzie on an outing at Griffith Park.

I saw this huge lizard on a rock up the hill. I made a beeline for him. He was large and slow; I quickly had him in my hand. I brought him with me to our car, because we were leaving to go home. My father looked at the lizard, and told me to let him go. I begged my father to let me keep him, and my older brother convinced my dad.

My father found a shoebox in the trunk of the car, and asked me to hand him the lizard. Suddenly, my dad let out this huge yell and dropped Lizzie. The lizard bit my father’s hand and he was bleeding! I bent down and picked him up – he was one slow lizard! He never bit anyone again after that.

This isn’t Lizzie. It’s another Alligator Lizard that looks like Lizzie.

Lizzie turned out to be an Alligator Lizard; he grew to be about a foot long. I went to a pet shop and bought mealworms for him to eat. I would open his mouth, put a worm in it, and then close it for him until he swallowed. I didn’t catch any bugs for him.

Two years later, Lizzie was dead. It was the day after I practiced having him swim in our bathroom sink. I wondered if I caused his death. In order to help me feel better, my mother allowed me to buy more lizards.

This time I chose chameleons. I had several. One time, I forgot they were in my lap, and they fell to the carpet when I got up. When I saw our dog playing catch with the dead lizards – I was heartbroken. It was almost as bad as when an entire tank full of baby guppies died; I cried for days.

I expanded my family of lizards and bought a few other varieties. I ended up having five lizards. These lizards didn’t like mealworms, so I began catching flies again. I was already such an expert.

Every day after school, I would go around to the best places where I knew I’d find flies. It might be a certain fence. Sometimes, it even included being near trash cans. My mother never wondered how I contracted impetigo (a skin infection) when I was young.

One time, I remember a lady coming out of her home and asking me what I was doing prowling near her window. I told her, “I’m looking for flies to feed my lizards, and there was one right near this bush! Sorry to have disturbed you.”

When I would read books, I’d have a lizard resting on my chest. Sometimes they would even crawl into my shirt.

The day came when my lizard loving came to an end. It was rather abrupt. I told my mother that I had a pain in my breast. She immediately took me to the pediatrician. I was fourteen years old. The appointment progressed rather quickly. The doctor felt a large lump, and he called in a surgeon to check me. It was determined that there was an infected area that had to be lanced. It was very painful.

The doctor and my mother were conferring as to how I developed this condition. I mentioned how my lizards sometimes were in that area. Well that was it; my mother went ballistic.

We drove to a vacant lot, and I said goodbye to my five lizards. It was time. I watched them scurry off and I was free from the constraints of fly-catching every day after school.

I can hardly believe that I did these things. As an adult, I did catch flies to help my children when they brought a live, praying mantis to their elementary school class for a feeding demonstration. My boys felt very important showing off; all the girls would be screaming as the fly was chewed up.

One time after playing tennis near the hills, I came across a garden snake near my car. I picked it up to show the other ladies, but they all ran to their cars. At that moment I represented insanity. One lady said, “How do you know it’s not a rattlesnake?”

She had a point. It could have been a baby rattler without a rattle. I decided I’d better not do that again!

When I see a lizard zip by me sometimes, I’m amazed that I was ever able to catch one. A few years ago, I did catch one that was slow to show my kids when we were at a softball field. My youngest son begged me to let him keep that lizard. I told him, “No way! You could contract a disease!” We let it go before going home.

I have truly become stricter than my own mother! That hasn’t translated to other areas, however. 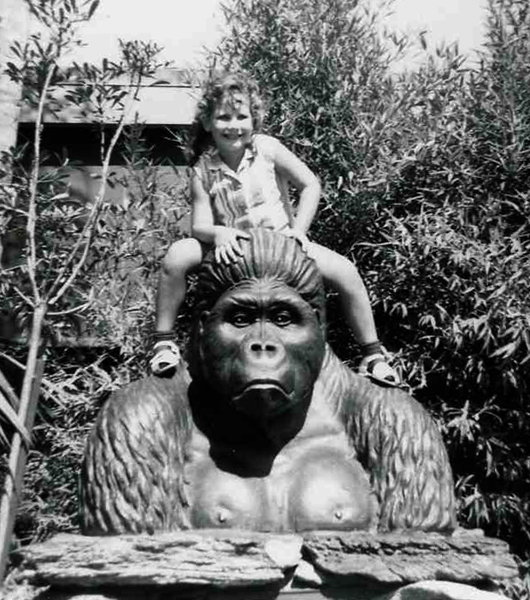 At age five I was climbing, and here I am monkeying around again!

I'm an illustrator by profession. At this juncture in my life, I am pursuing my dream of writing and composing music. Every day of my life is precious!
View all posts by Judy →
This entry was posted in Uncategorized and tagged bugs as pets, catching bugs, childhood memories, growing up, high school biology, Humor, humor children, humor daily life, insects as pets, lizards, Ordinary Life, parenting, praying mantis pets, reptiles, writing. Bookmark the permalink.

1 Response to SCALES IN MY LIFE