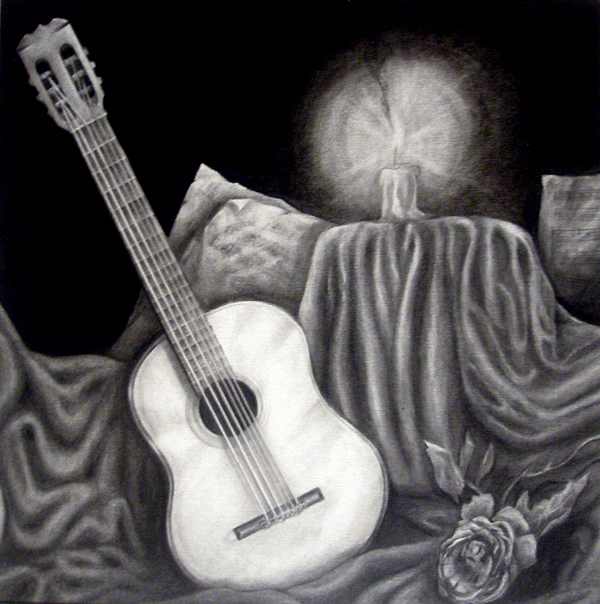 I have been an artist all my life. At this time in my life, I love writing.

However, I have not yet embraced the idea that I am a writer. My writing is my therapy. For a very long time, I have been taking care of my children, and more recently my parents.

It might be nice to write for the rest of my life. I would love to continue this journey of writing about my insight.

However, music is pulling at my heart. Music has taken over my soul! With my recent, abundant energy, I plan to do whatever I enjoy right now. I’ve earned it.

Do I consider myself a musician? Like tennis, I love music, but I don’t believe I could ever approach a professional level. It takes significant time and practice to be a professional at anything! I have hardly sung or played my guitar for over thirty years.

I have no idea whether people will embrace my music. I love sharing it, even though my recordings are imperfect. Although it is painful for me to accept that, I’m at a point in my life where I’ve opened up completely. My journey has been about opening up!

Today, I went into the recording studio again. This time, I went to see George with a clear idea of what I wanted. I wanted to come away with some recordings!

I decided to sing with my guitar “free-style.” I’ve been practicing in my bathroom, and recording myself on a digital recorder. My voice lessons have helped, and I’ve really improved.

When I arrived, I told George my plan. He understood what I wanted, and set up a microphone. I asked him how much a microphone like this one cost. He said it wasn’t a super, expensive one; it was only $1,000. Well that was an improvement over my small, digital recorder!

He told me again that separate tracks for guitar and vocals would be far superior. I told him, we’d do that “down the road.” If we worked that way, I might only get one song recorded. I wanted to see if I could record a few songs.

I never realized how much of a physical act singing is! I have to be totally relaxed, and warming up is critical. When I sing a song three times or more in a row, it does not get any better after that. At the most, I can sing for one hour. After that, my air is spent, I screw up the chords, and I’m exhausted!

I came in fresh and I began.

As I sang, I closed my eyes. It took a lot of concentration. I put my heart into it. My lyrics soared, and I sailed along with them. There was no perfection, and I was okay with that.

I performed at least ten songs for George.

George played back the tracks. As I listened to my voice, I kept cringing. I could hear plenty of “pitchy” parts. My guitar buzzed in spots. George added some reverb, but that was it. He couldn’t take away those pitchy parts!

Could I accept that there wasn’t an A+ song? I asked George if I should share my less than perfect songs. George said, “I’d wait, but no one ever listens to me about that.”

I told him that my purpose in sharing these songs was that someday a real singer might like them enough to actually perform and record them for me.

George didn’t let that one fly by!

He looked at me and he said, “Jude – these are your songs. You don’t have to be a great singer. Your songs were made for you! Remember, last week when we talked about Carole King. She wasn’t a great singer, but it didn’t matter. Her voice and her vision made her songs great.”

It warmed my heart when he said that.

Originally, I thought I could only afford his minimum, three-hour block of time. I offered to pay him for another hour. George said, “You’ll come back and we’ll do more next time.”

Our time was almost gone. There were only a few minutes left. George said, “It’s not easy with your freestyle approach, but I’m going to try to add something. Let’s see how your song sounds when I add strings.”

I listened. I was amazed. I began to cry as I listened to him play with his keyboard and add the sound of “strings” to one of my songs.

It was time to leave and I took home my CD of songs. The one with the sound of “strings” added sounded A+ to me. It was my song, “Only Tears.”