MY JOURNEY IN SIGHT – PART 7

This picture was taken on the day my blood was drawn.

My serum drops arrived on a Monday morning. My son burst into my bedroom to announce, “Mom, there’s a big package at the door for you!”

Only a week before, I had driven for two hours to a distant facility to have 21 vials of blood drawn that would be used to make these revolutionary eye drops.

Of course, the dry ice was far more interesting for my son as I removed the seven precious bottles of serum. I put six in the freezer and one in the fridge. I wondered how long it would be before I could start squeezing the bottle and putting the tears in my eyes.

I looked to see if there were any papers in the box but there were none. There were a few instructions on the bottle telling me to discard it after a week and to keep it refrigerated at all times.

By late afternoon, I checked the bottle in the refrigerator and it wasn’t frozen anymore. It was time to use them! The drops that went into my eyes were cold, slimy and kind of shocking. They were definitely refreshing. I imagined my eyes were soothed every time I blinked.

The instructions on the bottle said to put one drop in each eye every two hours. I didn’t follow a tight schedule, but used them whenever I saw the time had gone by. By bedtime, I had used them at least 4 times.

I could hardly believe that bottle contained my own body fluid!

That first night held a momentous event for me. I performed for the first time in eight months.

Before my dry eye condition overwhelmed my life, I used to perform weekly at the Open Mic at Kulak’s Woodshed. From the moment I walked in, everyone there welcomed me back with open arms.

Singing in front of an audience was still difficult with my eye discomfort. But I could tell that I was able to handle my pain much better since I had been on a “healthier track.” I wasn’t looking at my eating as a diet, even though I had started to lose a few pounds. Certainly, I had gained a lot of weight in the months I hadn’t gone to Kulak’s and it took courage for me to put myself out there.

Before I began performing, I mentioned to the host that I had “eye issues” and it was difficult for me to open my eyes. 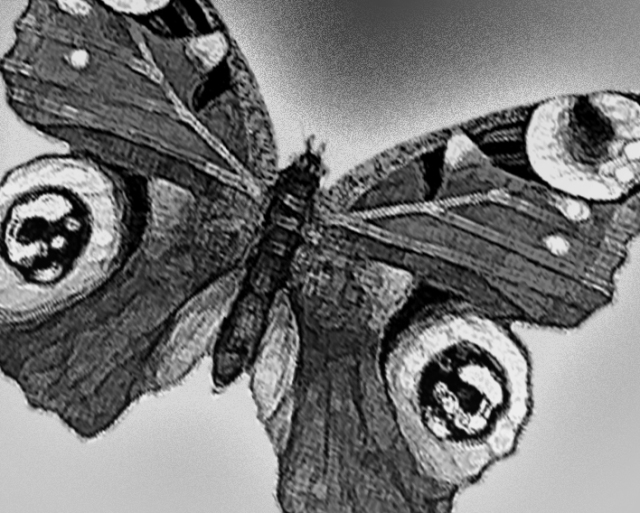 Unfortunately, everything changed the next day.

Just after I woke up I noticed my vision was cloudy. It was rare for me to go back to sleep, but I did so because I thought perhaps I was just tired.

By evening, I finally acknowledged that something was wrong as the fog in my eyes became more and more dense.

Now I was far less excited to continue putting the serum drops into my eyes. I wondered if perhaps this was something I needed to stick with. Maybe my eyes were healing this way?

This post on my Internet Dry Eye forum really gave me a lot of hope.

I posed my question to the people on the dry eye forum I belonged to. One woman responded and said she had experienced a little discomfort at the beginning but after that she was vastly improved. I continued using the drops.

The next day, my pain was even more intense. Clearly this was not normal. I tried calling the pharmacy that made them. Their phones were not working.

I felt so discouraged and disappointed. (Eventually, I did reach them and they took down information from me to look into whether my drops had a problem. I never received a call back.)

It was very hard for me to concentrate and do my illustration work. All I wanted was to be in the place I was before I began using the drops. About a year ago, I was dealing with this level of severity almost every day. Now I appreciated my progress.

By Friday, I had already stopped using the tears and prayed things would get better. A friend told me that my eyelids and face looked swollen. I decided that I should to be checked by an eye doctor.

But when I called, I was told there were no appointments available.

I continued to insist that I needed to be seen and was given a lengthy evaluation over the phone. I listed my symptoms and the receptionist seemed unconcerned. She still would not give me an appointment so I told her I wanted my doctor to call me back.

Two hours later, the receptionist called me back and said; “Your doctor said she doesn’t need to see you today.”

I was livid! I felt smoke coming out of my ears and eyes. At that moment, I hated my doctor.

I took a deep breath and continued to insist upon an appointment. My heart was pounding while I was put on hold. The receptionist finally came back on and said coldly, “Okay, you can come but you’re going to have to wait a very long time.”

I hung up and began crying. I decided to call a good friend before leaving in order to calm myself.

My friend used to work in a doctor’s office. She said, “Don’t take it personal. You were being screened out and that’s done regularly. Your doctor probably wasn’t even told about your situation.”

An hour later, I was in the waiting room. I was prepared to wait a long time and certain I had done the right thing by coming in to get checked. I was the last patient before lunchtime and the examining room area was deserted. Finally my eye doctor came to get me.

I told her how much I appreciated her fitting me in during lunchtime; I didn’t want to appear angry.

I described the pain and fog that began only a day after using the serum tears. My eye doctor said, “I told you serum tears weren’t a cure.”

But I had many questions for her because in the last few days I had learned a lot. It turned out that my bottle was only a 20% solution and I had heard that wasn’t nearly as effective as 100% serum. A reaction was unheard of.

I asked her if the saline could have bothered me. She said it definitely wasn’t the saline. But it did look like I might have contaminated the bottle. I had touched it to my eyelid whenever I put the drops in. It sure would have been helpful to me if there had been clearer instructions.

Did I have an infection? This cornea doctor would soon find out.

As she put the yellow dye into my eyes, I gasped because it burned so much. Only a moment after looking with a magnifier, she announced in a chipper voice, “I don’t see any problem at all; your eyes look very good actually.”

Now I felt embarrassed for insisting upon this appointment.

I walked out of the building and didn’t know what I was feeling. I was glad I didn’t have anything wrong, but at the same time I began to doubt myself. I was such a demanding patient.

And my butterfly of hope was smashed to the ground. 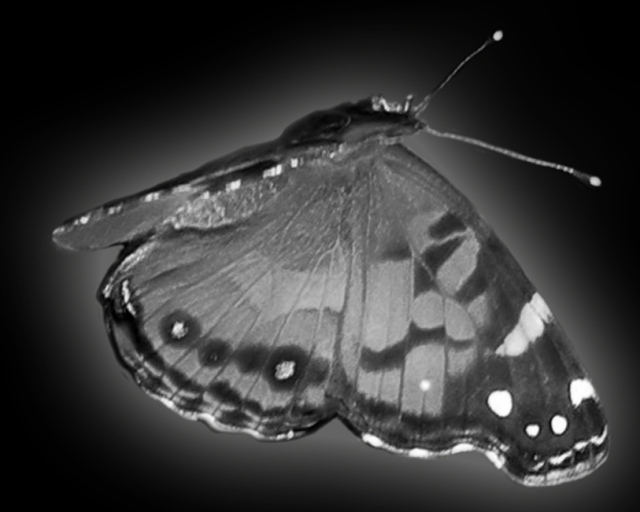 The support I received from my Internet group helped me so much.

Only the week before my tears had arrived I had rallied to encourage another woman to get them prescribed by her doctor. After my ordeal, this woman was very concerned about whether to move forward to get them.

She and I began corresponding privately. I had made a new friend and her name was Susan.

1 Response to MY JOURNEY IN SIGHT – PART 7