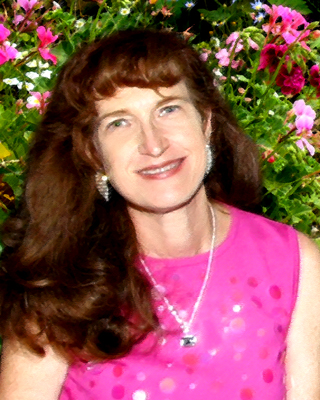 Portrait of Susan that I gave her as a gift

I became friends with Susan, due to her compassion for me after Jason’s funeral. She was very moved by my speech and contacted me after that. I share my writing with her on printed pages because she cannot use a computer. She suffers from severe, migraine headaches.

Recently she sent me a very special letter. I asked her to share about how we met and her experience of attending Jason’s funeral. Below is her letter:

I have been a friend of Judy’s for the past seventeen years. She is one of the most special people I am lucky enough to know- kind, compassionate, giving to others, understanding and empathetic, in addition to her gifted abilities in art, music, and writing.

I met Judy in a most unusual way brought together by the tragedy of her son’s death. I attended Jason’s funeral 17 years ago when Jason was 5. At the time, I was a virtual stranger to Judy. We had never met. It was true that both of our children were in the same kindergarten class.

They were not playmates outside of school, and I had never met Judy personally whenever I picked up my daughter from the class. One day, my daughter came home from school and told me that a little boy in the class was slated to have heart surgery in a few days.

The last day before Jason left the class for the operation, it was a special day for the students. I remember when I picked up my daughter up from school, I asked her which boy Jason was, and she pointed out this adorable freckle-faced little boy. I remember looking into his sweet innocent face and feeling so sad for him not knowing what lay ahead of him.

After I heard the devastating news in the next few days about Jason’s tragic passing, I felt completely shocked and horrified. How could a little helpless child die? It was senseless and incomprehensible to me. I did not know the family of this little boy, but I felt compelled to attend the funeral and represent our kindergarten class. As I walked into the funeral chapel, there was a huge blown up picture of Jason. Of all the funerals I had ever attended, this one was the most excruciating to be present at.

People in the audience could not even talk they were so despondent. I remember sitting there alone shocked that I did not see any of the other mothers from our class. Apparently they felt that losing a child was just too painful to contemplate so they stayed away. I remember before the service began turning around and asking a lady behind me if she knew how long Jason had been ill. She said she was too upset to talk.

During the service, the most memorable event for me was Judy’s recorded voice giving the eulogy. She spoke so eloquently and with such grace and composure that I began sobbing along with many others. Her love for her son was so pronounced, and she spoke articulately. I remember thinking what an outstanding person this woman must be.

I decided I must write to her and send her a condolence card to express how taken I was with her eulogy. The fact that a young mother could compose herself enough to write such a thoughtful and coherent speech at such a shocking occurrence as the death of her young child was mind boggling to me.

I also remember how Judy had the heart surgeon speak at the funeral which convinced me even further how extremely caring a person she was to not hold the doctor responsible for the unsuccessful outcome of Jason’s surgery.

A few days after the funeral, the mothers from our class were asked to volunteer to make dinner for Judy’s family during this tragic time. Along with another mother from our class, I delivered a meal to Judy’s home. It was at this time that I first met Judy. Her warmth and gratitude at receiving the meal was evident as was her courage at such a devastating time.

She wrote me the most beautiful thank you note, which I have kept all these years. In it she wrote:

I don’t know where to begin to thank you. I have the card you sent me in a very special place because it touched me to tears every time I read it. You helped so much even bringing me that book for Jeffrey and with food. Most of all, I am so touched by your sensitivity. You are truly a special woman and what a way to make an acquaintance. Out of this horrible vacuum of Jason’s death, I see so many wonderful things. Your compassion is part of that, and I will never forget your caring.

That letter was written in October of 1992 and shortly after my mother became terminally ill with lymphoma. She died six months later. I was extremely close with my mother and would never have coped without Judy’s constant support. She would always call to say the most caring comforting words that would help me through my grief.

To this day, she is always the first person I call when I am facing difficult times. She helped me during a period of time when I developed excruciating chronic migraines that kept me isolated and housebound. While other friends stopped calling since I could not go out to socialize, Judy became a devoted friend calling me every few days to make sure I was all right.

She even found a hairdresser to come to my house to dye my hair when I was too ill to get to a beauty parlor. She has always been there for me emotionally and for this I am very grateful.

With much love, Susan

I'm an illustrator by profession. At this juncture in my life, I am pursuing my dream of writing and composing music. Every day of my life is precious!
View all posts by Judy →
This entry was posted in Uncategorized and tagged Aging Parents, child's death, compassionate friends, death, death of a child, Friendship, grief bereavement "Loss of a Child", grief bereavement "Loss of a Child" friendship, GRIEF RELATED, inspiration, loss, mother, mother daughter relationship, mother's illness. Bookmark the permalink.