ALL MY LIFE NEVER PREPARED ME 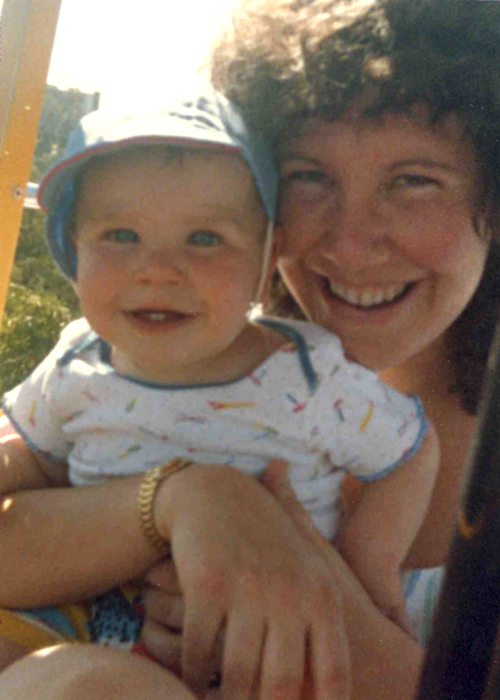 It was late and I was tired. Next to my bed was a bag full of old cassette tapes. I was hoping somewhere on one of those cassettes I might have recorded some of my music. I have been looking over the lyric sheets to ten songs that I no longer remember the melodies for. I was hoping that perhaps I might have a recording of one of them somewhere.

I had no success so far. I did listen to some humorous speeches that I’d recorded while on the CSUN speech team. There was a tape of me singing at my own Bat Mitzvah; however, it broke as I went to play it.

There was a tape that listed my children on it. I put it on. My younger son came in – I took off my headphones and said, “Would you like to hear yourself giggling as a baby?”

His face glowed as he listened. I asked him if he remembered being that way. He nodded a yes. Together we enjoyed listening to the banter of young childrens’ voices that have since changed completely!

There was another tape still left – it was from Jason’s funeral. When Jason died, the funeral was scheduled two days later. I wanted to say something, but decided it would be far too difficult to speak at my child’s funeral. Instead, I made a speech on a cassette, which was played to a hushed audience in a crowded chapel.

My younger son asked me if we could listen to it. I told him that I wasn’t up for it. He asked me why.

I told him that it was very sad, and it would probably upset his father who had left the room for a moment. He pestered me some more, so I told him I’d put it on, but turn it off immediately when his dad came back in the room.

We listened only to the introduction, before I quickly turned it off as Michael returned into the bedroom.

I was blown over by the fact that my funeral tape began with me reading my song lyrics. I didn’t remember that at all. However, it wasn’t the song I thought – it wasn’t “Beside Me Always.” It was my song “Saying Goodbye,” which I just recorded.

I found that very interesting. Perhaps that was why I recorded it the way I did recently. It was a revelation for me; I had actually revised my songs for Jason’s funeral.

Of course, there’s a lot of amnesia related to bereavement. For a year after his death, I have no memory.

I clipped off those words for an audio to post here, and I went no further than my first sentence. It was very wrenching to hear my voice knowing I was in excruciating pain when I recorded that cassette. The very first line gripped me:

“All my life, never prepared me for this moment. I am an artist, and I love music. And Jason shared his little soul with me in every area.”

Below are the lyrics as stated on the tape. I followed this recitation with another for Beside Me Always. I wasn’t up for transcribing it. That was all that I have listened to since the funeral, which was 19 years ago.

so few words and so much to say

a part of us is gone

it leaves with him today

now that it’s over and our precious boy has died

and he knows we’ll never try

a bad dream, just a nightmare

we’re so glad we loved him

and he knows that we still care

we wish he’d wake up

it just all seems so wrong

though his heart wasn’t strong

the memories are forever

engraved upon our mind

and the hardest thing of all

is to leave our boy behind

I'm an illustrator by profession. At this juncture in my life, I am pursuing my dream of writing and composing music. Every day of my life is precious!
View all posts by Judy →
This entry was posted in Grief Stories and tagged burying a child, child's death, child's funeral, compassionate friends, composing, creativity, death, death of a child, grief, grief bereavement "Loss of a Child", GRIEF RELATED, inspiration, loss, lyric development, lyric writing, lyrics, Music, original songs, performing, singing, songwriting. Bookmark the permalink.